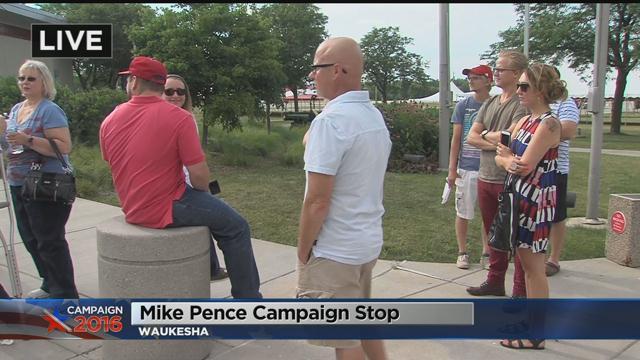 A line of people waited to get into the Governor Mike Pence appearance in Waukesha.

This will be Gov. Mike Pence's first solo appearance since being named as Trump's running mate

Gov. Pence will be joined tonight by Gov. Scott Walker-

Supporters here say they want to hear not only what the Trump Pence ticket represents,

But they want to learn more about Pence's background.

And one man, who says he is a fan of Pence, came out today to hear what he has to say, but he is also selling some memorabilia for both people who like Trump and people who don't.