The snow has started to end in our western and northern counties. It will continue to wrap up in our south and eastern communities between now and noon. A few peeks of sunshine may be possible late Monday afternoon. 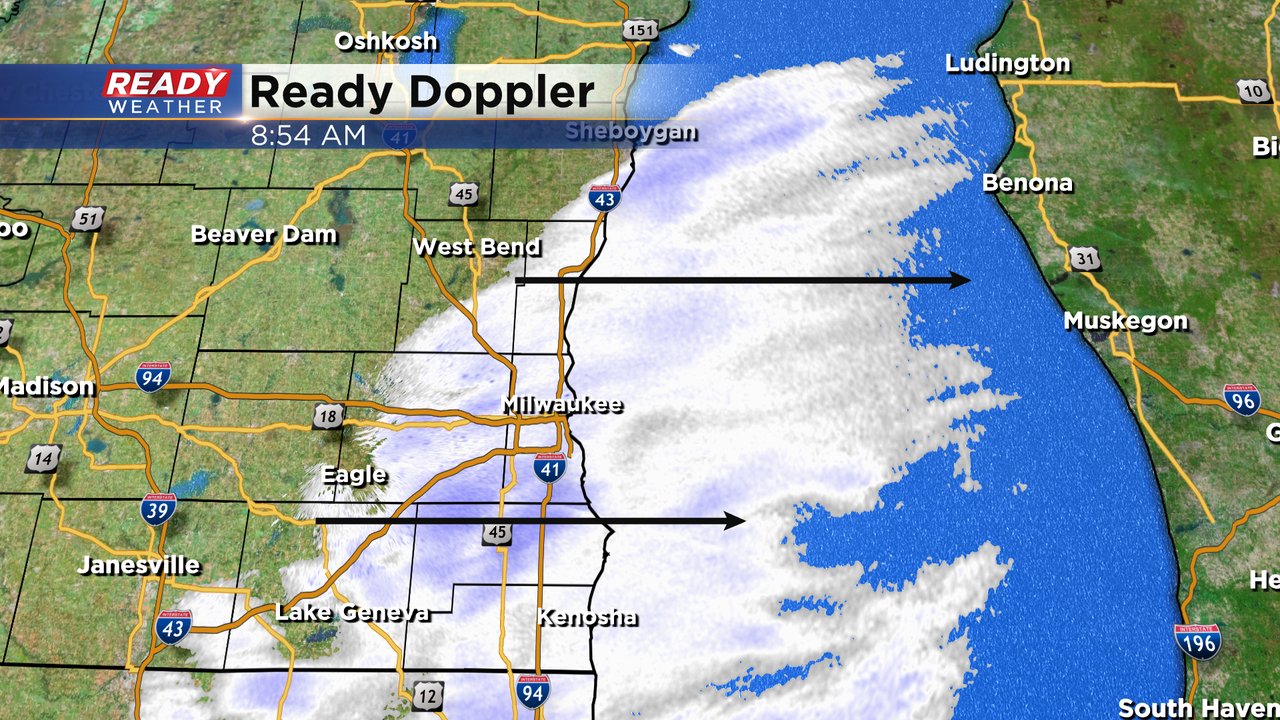 Some preliminary snow totals are starting to come in. As of 9 AM most of southeast Wisconsin has picked up 1-3" of fresh snow. This is a very fine powdery snow which makes it easy to shovel but also more slick. A few tenths of an inch of more snow is possible the rest of the morning. 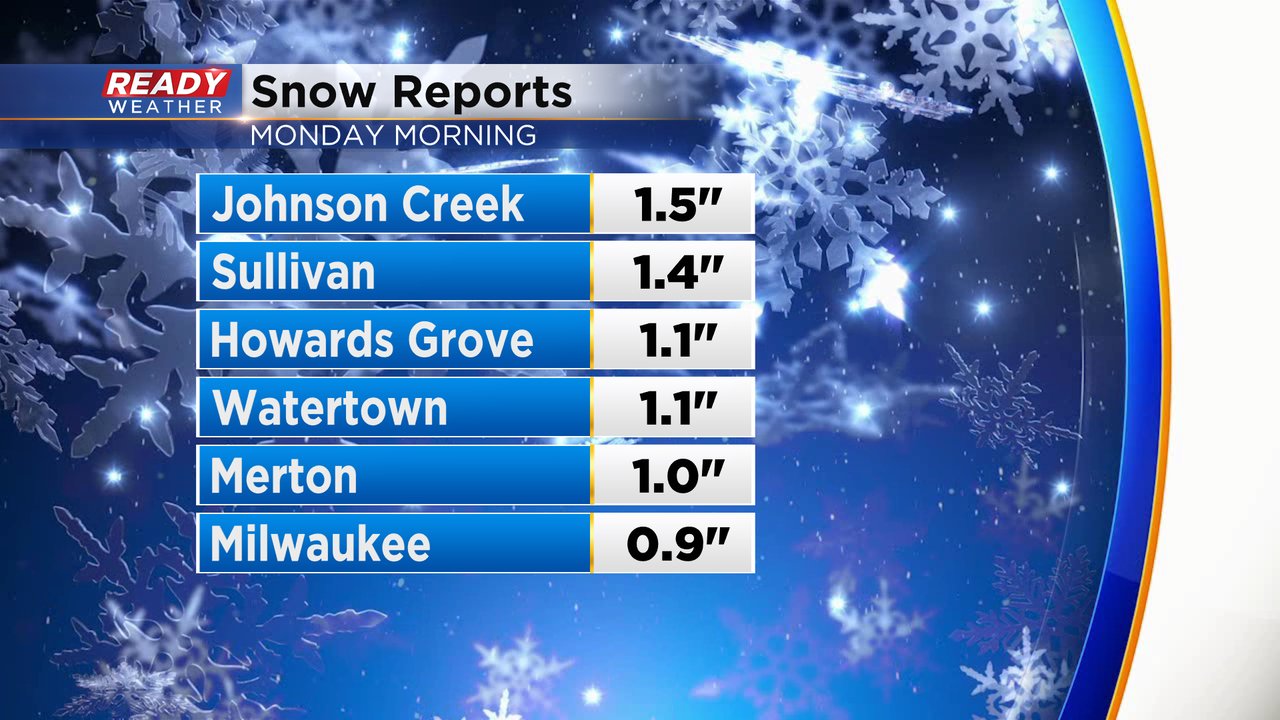 The third and last of our back-to-back-to-back clippers has arrived. Light snow started to roll in a little after midnight early Monday morning and will continue through the morning commute. The snow will be fairly light in nature with fluffy snow accumulating.

Here is a radar image that will update with time: 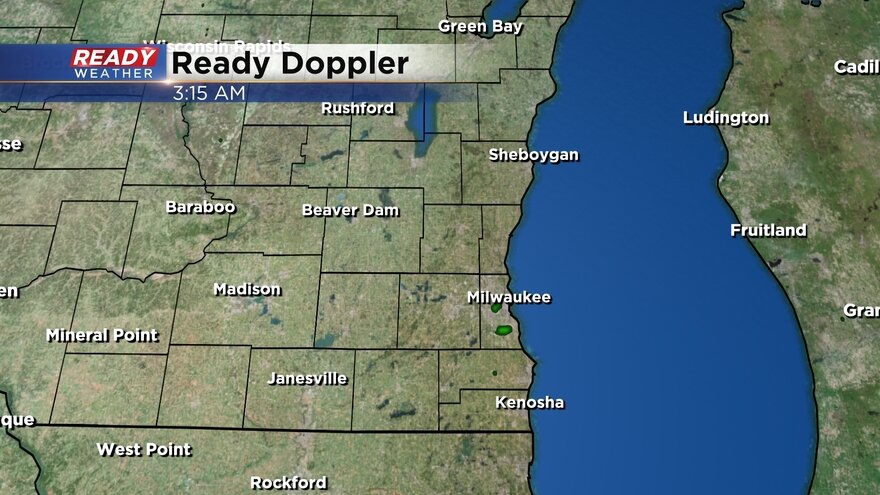 A Winter Weather Advisory has been expanded to include most of southeast Wisconsin except for Fond du Lac and Sheboygan Counties. The Advisory has been issued mostly for the impact to the morning commute rather than the amount of snow we see. The advisory for all counties goes until noon when snow will come to an end. 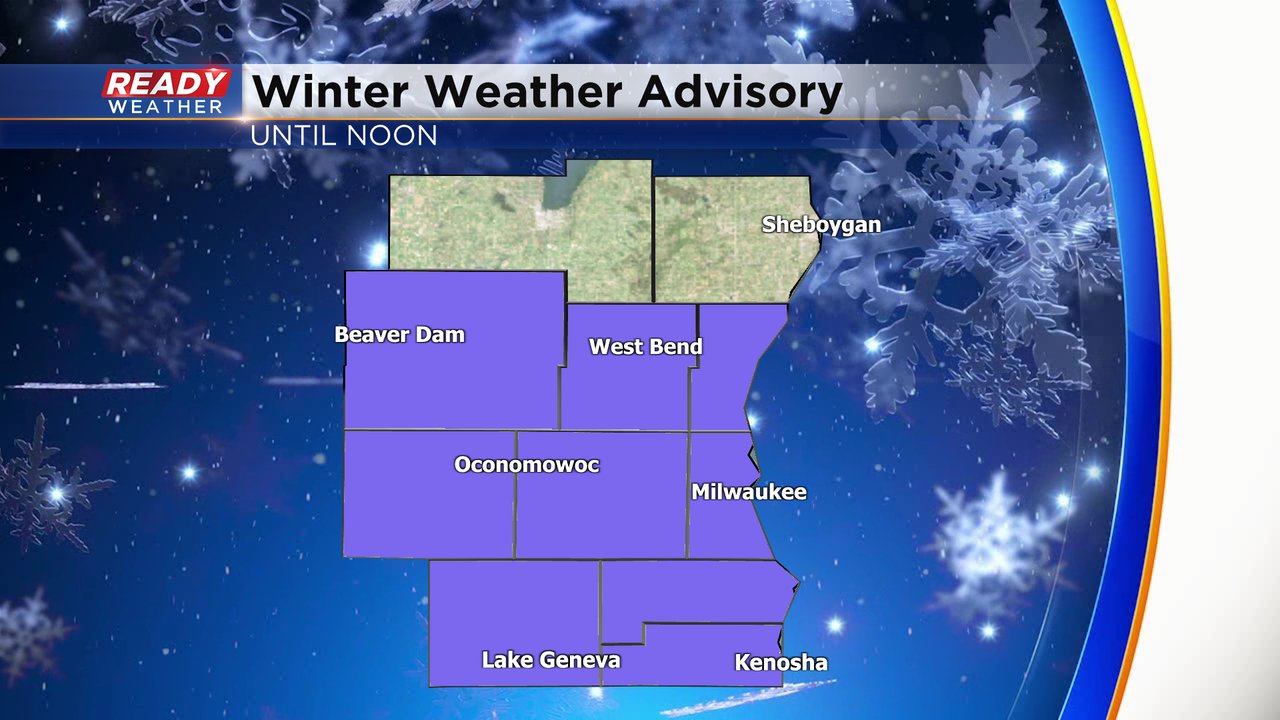 Snow totals Monday morning will remain fairly light with most communities seeing around 2" of new snow which will be a little less than the snow we saw Saturday night. The official forecast range will be 1-3" of new snow. 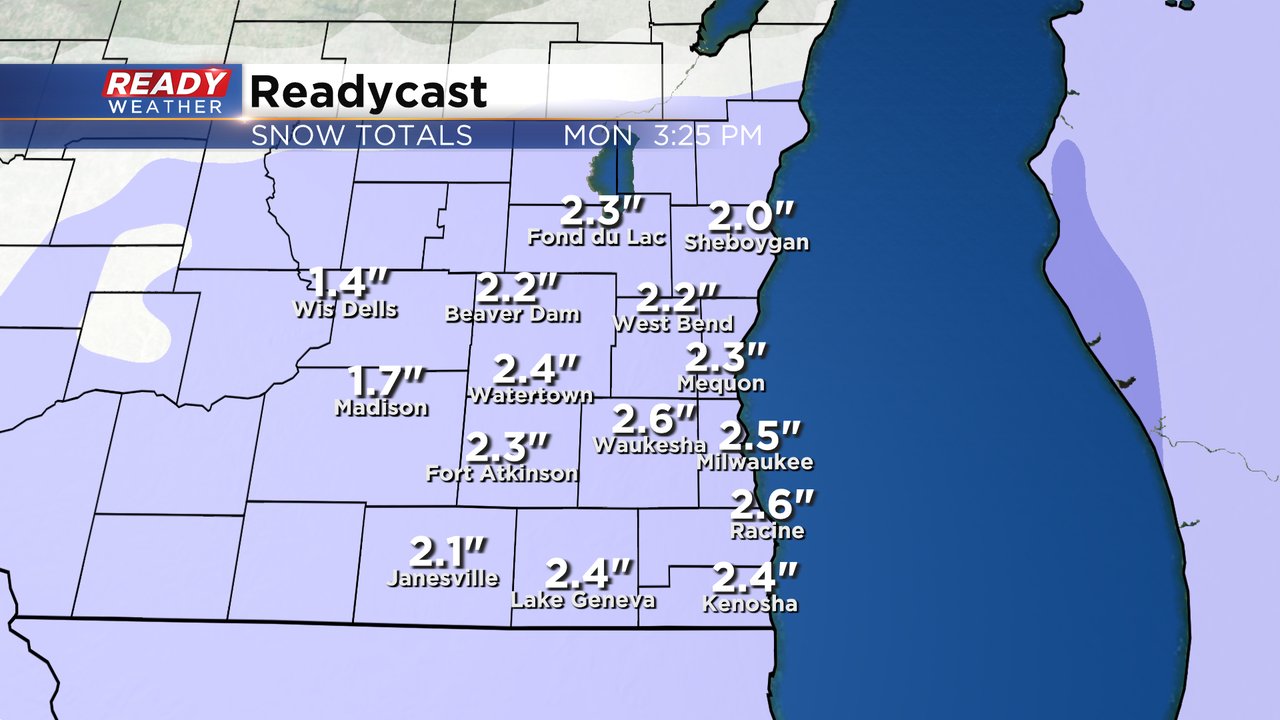 After the cold wraps up around midday Monday our attention will quickly shift to some dangerous cold. With a bit of a breeze here and there wind chills will fall from -10 to -20 Tuesday morning. We are probably just warm enough to avoid a Wind Chill Advisory Tuesday morning but one is likely for Wednesday morning with wind chills as cold as -30*. 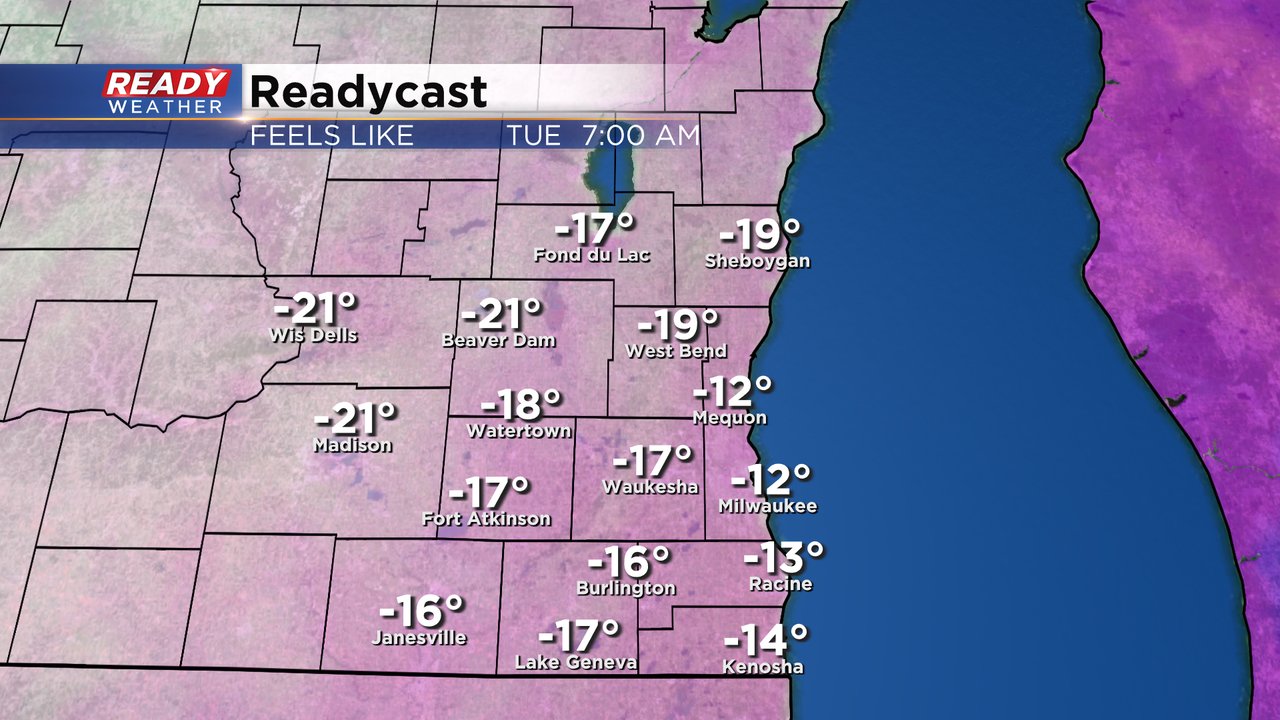 Download the CBS 58 Ready Weather app to track the snow and cold.