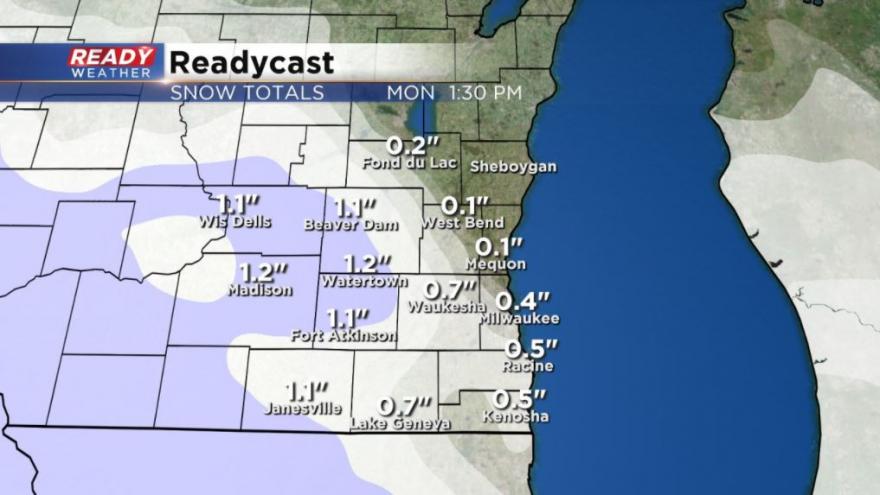 Snow has been falling for most of Sunday in Minnesota and Iowa where winter weather advisories and winter storm warnings have been issued. No headlines are in place here because the storm system will weaken before it reaches us.

As of 9 p.m. the radar is showing snow in southwest Wisconsin but that isn't actually reaching the ground because of a lot of dry air to overcome. Snow is still on track to start falling after midnight and impacting the morning commute. Snow totals are trending even less with most of southeast Wisconsin seeing less than half an inch by noon. 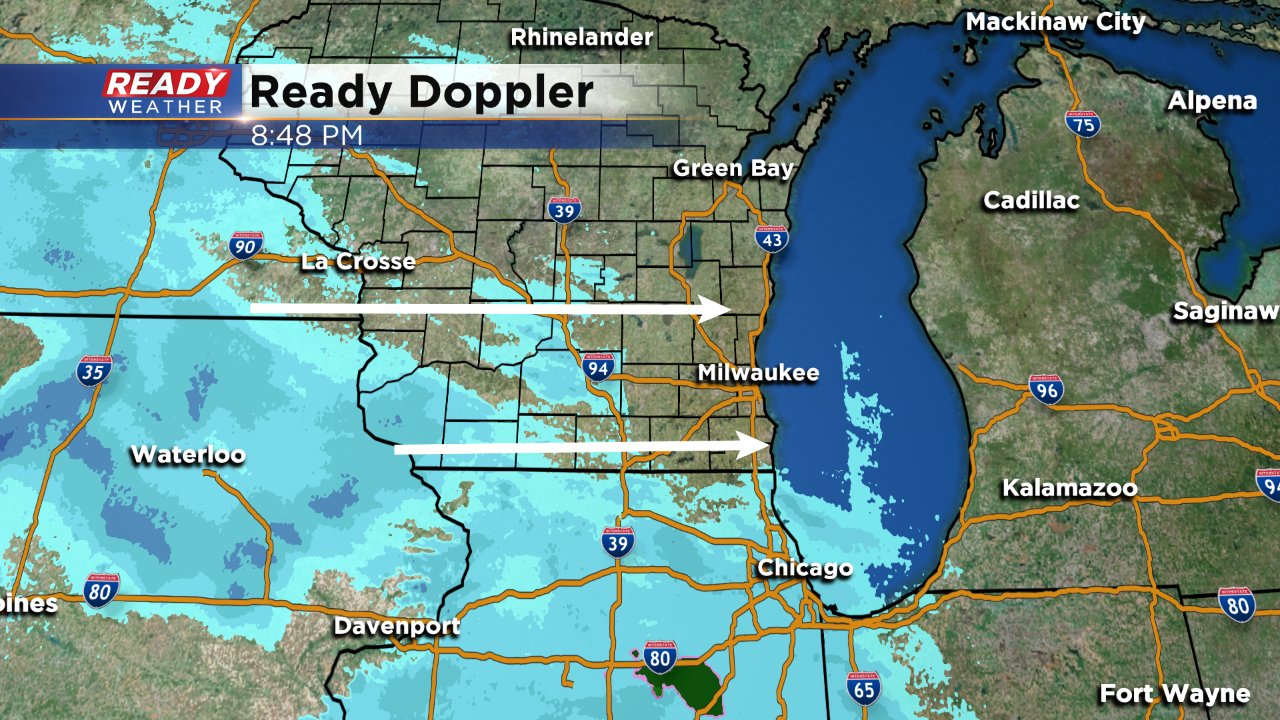 The storm is still on track and not much has changed in the forecast. Snow looks to be a little delayed than Saturday's not arriving in western areas until just after midnight.

Impacts to the morning commute are still likely with light snow falling in Milwaukee between 6-9 a.m. Wet and slick roads are possible with temperatures in the upper 20s.

Less than 1" of snow looks likely for everyone. A few may rise barely above an inch. 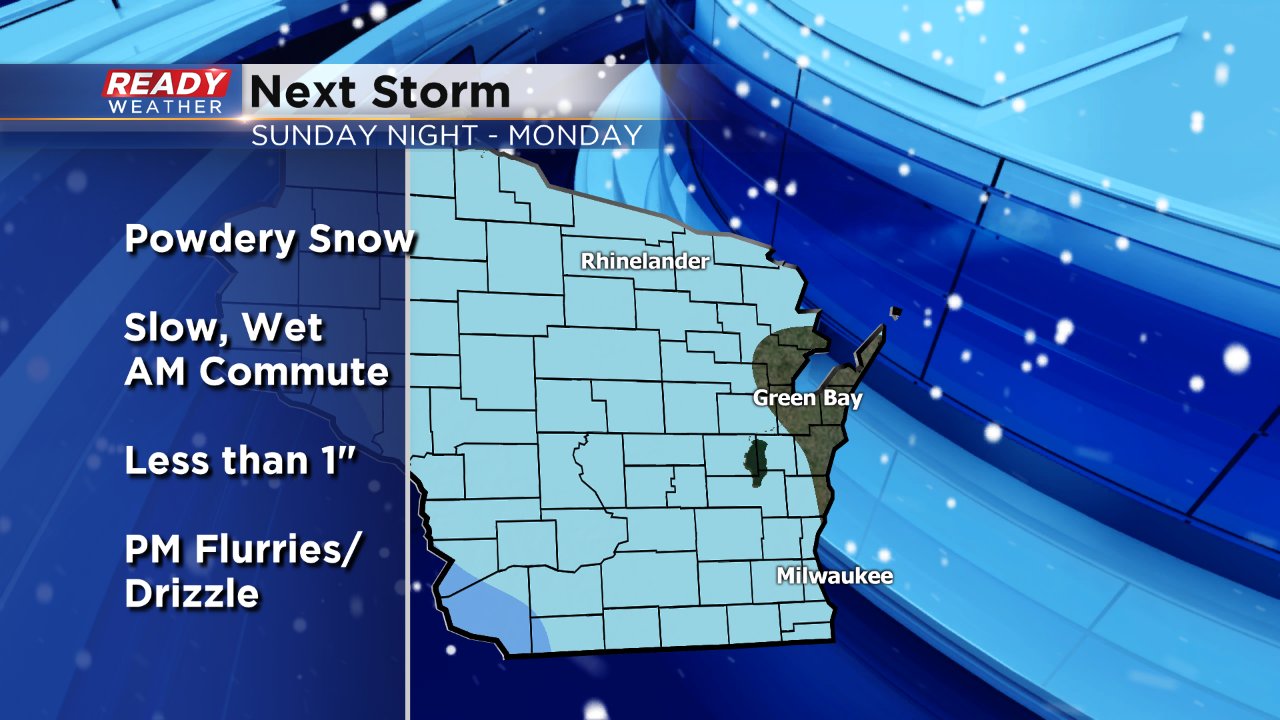 The chilly air will stick around for a few more days with another round of snow on the way.

A storm system to our west will weaken as it moves east but accumulating snow is expected for most. Winter storm watches and winter weather advisories have been issued for parts of the Dakotas, Minnesota and Iowa for this storm where over 6" of snow is possible. Totals in Wisconsin will be much lower than that.

Snow will move in Sunday night from the west mainly after 10 p.m. Snow is expected to continue spreading eastward with almost everyone seeing snow by the Monday morning commute. Although the amount of snow won't be significant, a slow Monday morning commute is to be expected. A few snow showers could also linger into late morning and the afternoon but no additional accumulation is expected after morning. 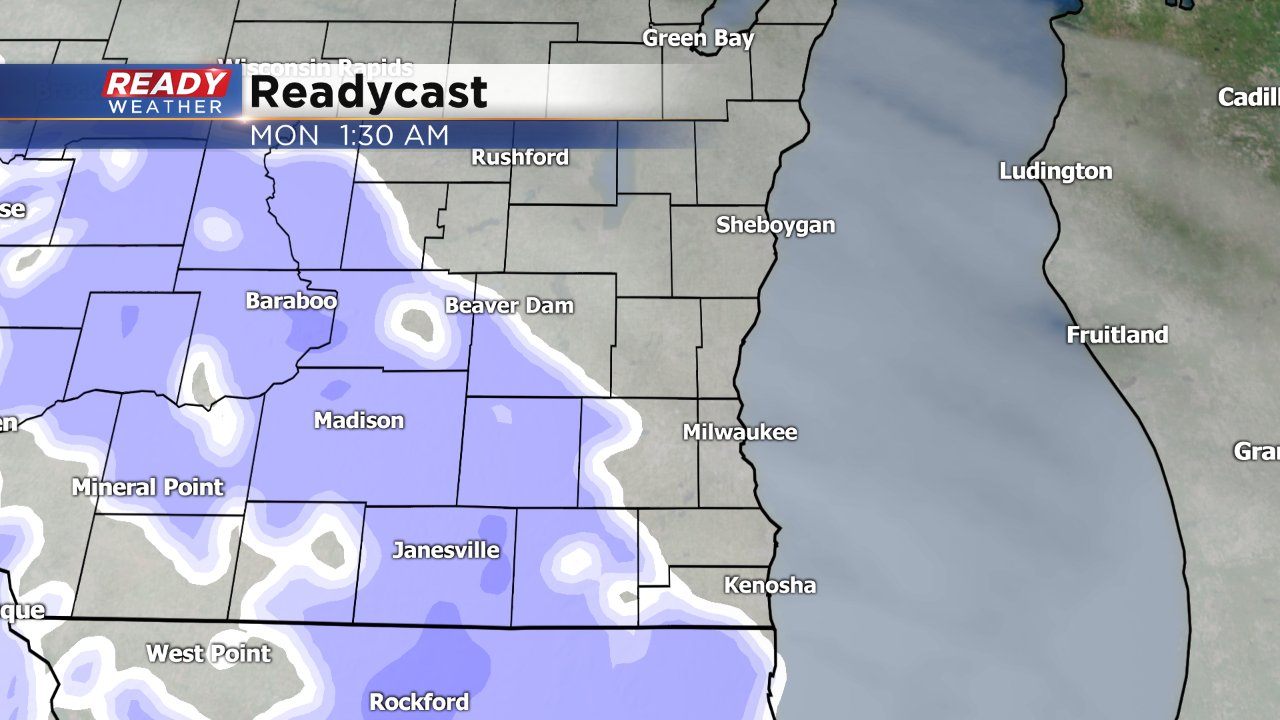 Highest snow totals shown above will occur on our western counties where parts of Dodge, Jefferson and Walworth Counties could pick up around or just over 1" of new snow. The rest of southeast Wisconsin should expect less than 1" with northeast communities like Sheboygan and Port Washington seeing hardly anything.

Download the CBS 58 Ready Weather App to stay up to date on changes with the storm and track the snow with the interactive radar.