Light rain showers have developed early this afternoon and will continue to impact southeast Wisconsin into the evening. 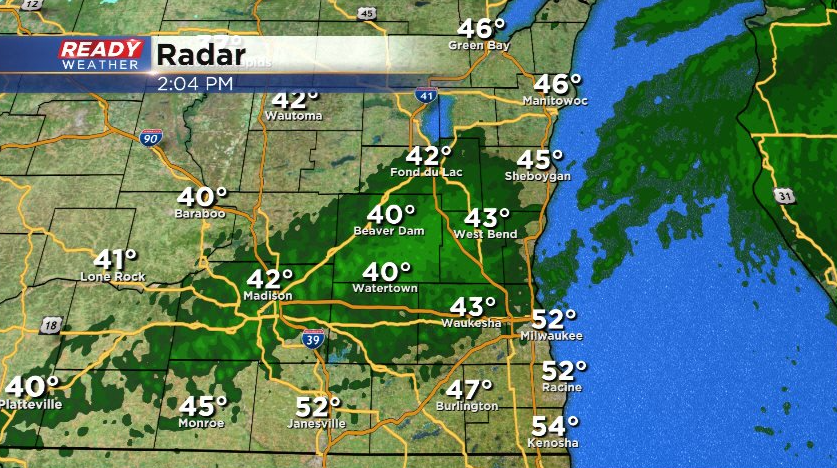 We're still expecting the light rain to transition to a wintry mix and then wet snow this evening into tonight, exiting by Thursday morning. Models continue to trend farther south with the second round of snow Thursday afternoon, but some light snow may clip far southeast Wisconsin. Folks in Kenosha and Racine have the best shot at 2" of so of accumulation, with little to nothing north of Milwaukee. 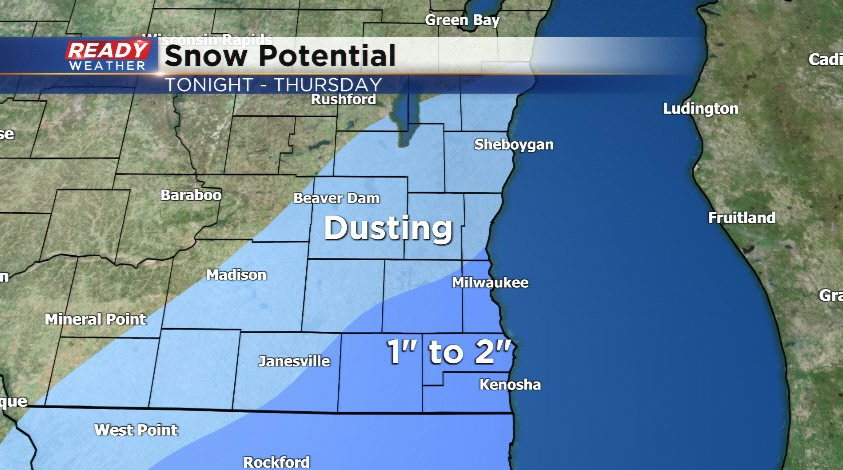 A few slick spots will be possible later tonight into Thursday in far southeast Wisconsin due to the wintry precipitation, but the big snow will stay to our south.

Wednesday is the warmest day in exactly two months in southeast Wisconsin. Early in the morning the temperature already hit 50* in Milwaukee making it warmer than any other day in February or January. The last time we were this warm was when we hit 68* on December 16 - exactly two months ago! The record high for Wednesday is 56* so if we can manage to warm up a few more degrees we could come close to breaking that record! Watch out for the wind as well which will gust to 40 mph and ruin our enjoyment of some of the warmth. The wind stays pretty elevated through the start of the weekend. 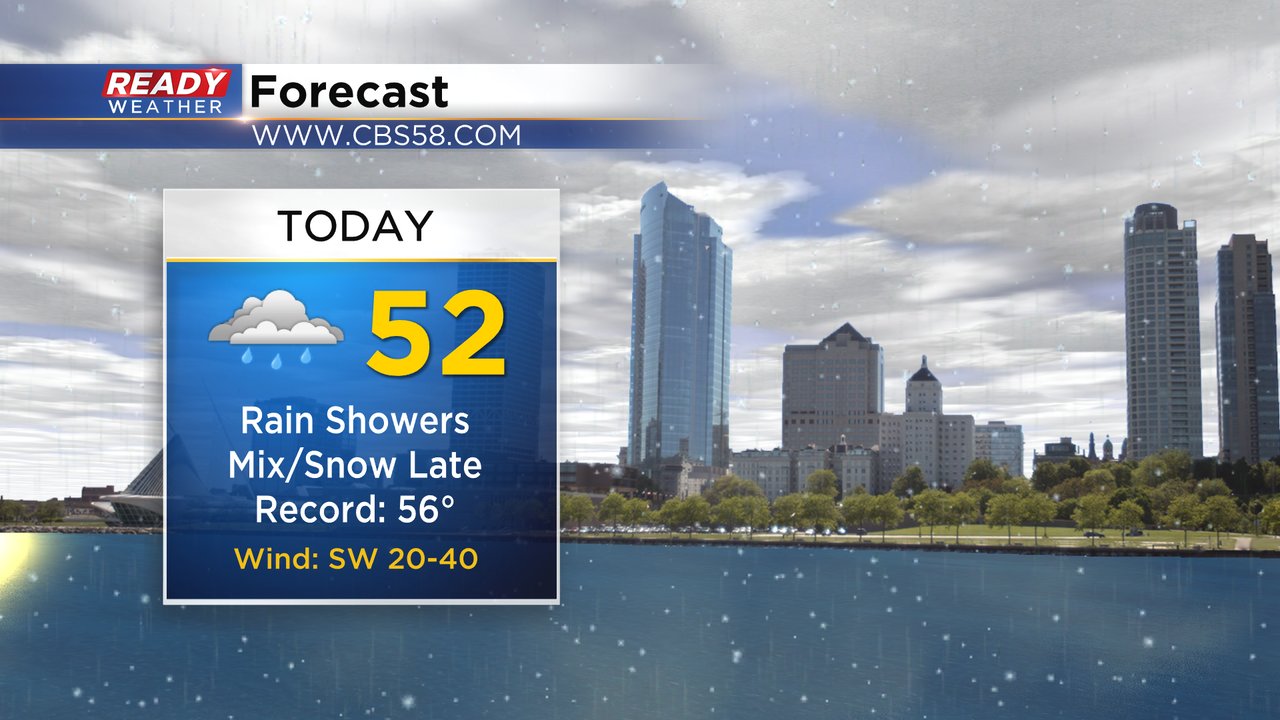 After a dry start Wednesday morning the chance for a few rain showers rolls in by mid to late morning. Those rain showers will linger through the afternoon and evening. A few downpours or times of steady rain are possible but most of it looks pretty light. 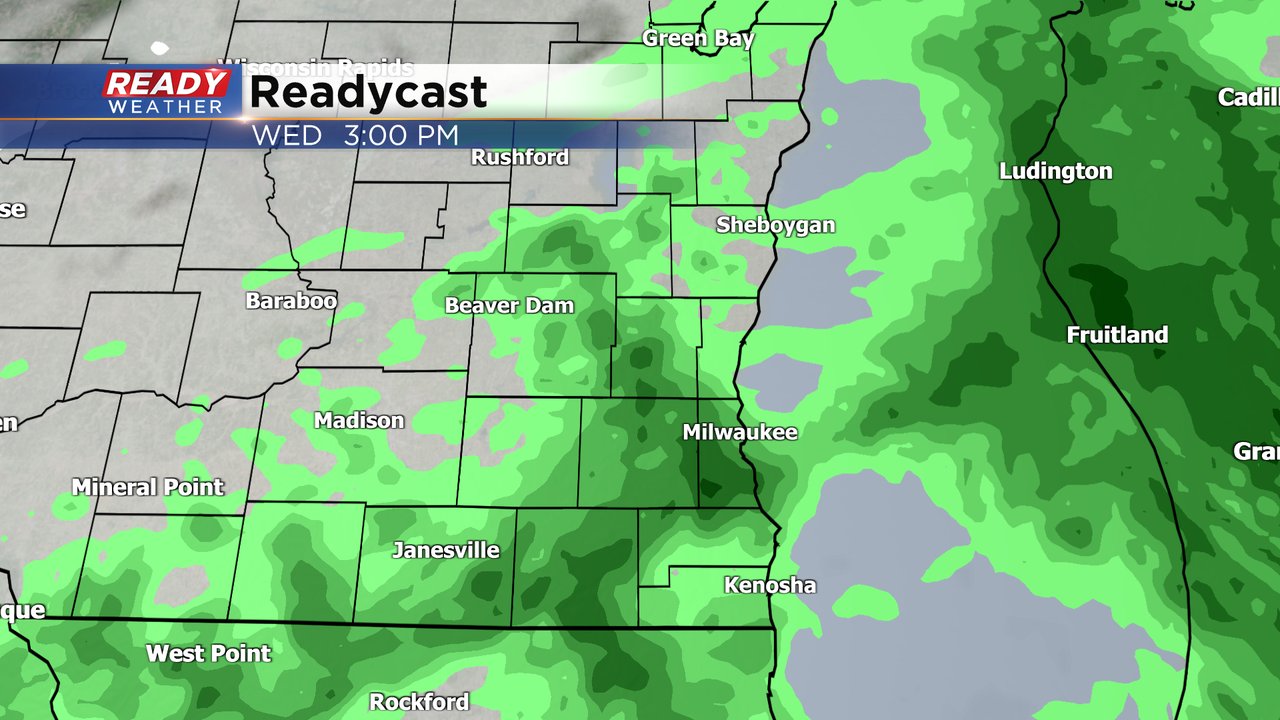 Rain totals by the end of Wednesday look to be in the 0.10-0.25" range. Not too much but decent for February standards. With a frozen ground watch for a lot of runoff that could lead to some ponding and icy patches as water freezes tonight. 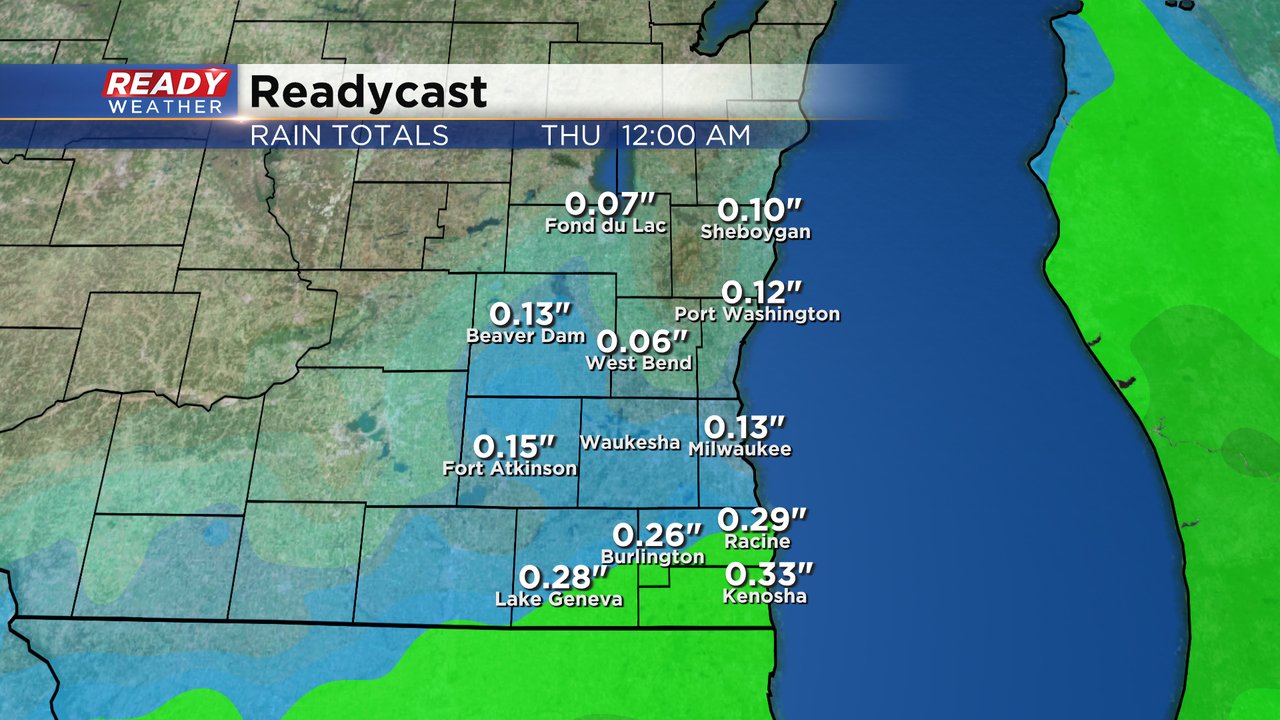 After 7 PM Wednesday some of the rain will start to switch over to snow with a chance for wintry mix in between. A little sleet or freezing rain is possible depending on the temperatures as the drop Wednesday night. A few slick spots are definitely possible but widespread icing does not look likely. A little light snow accumulation is definitely possible through early Thursday morning. 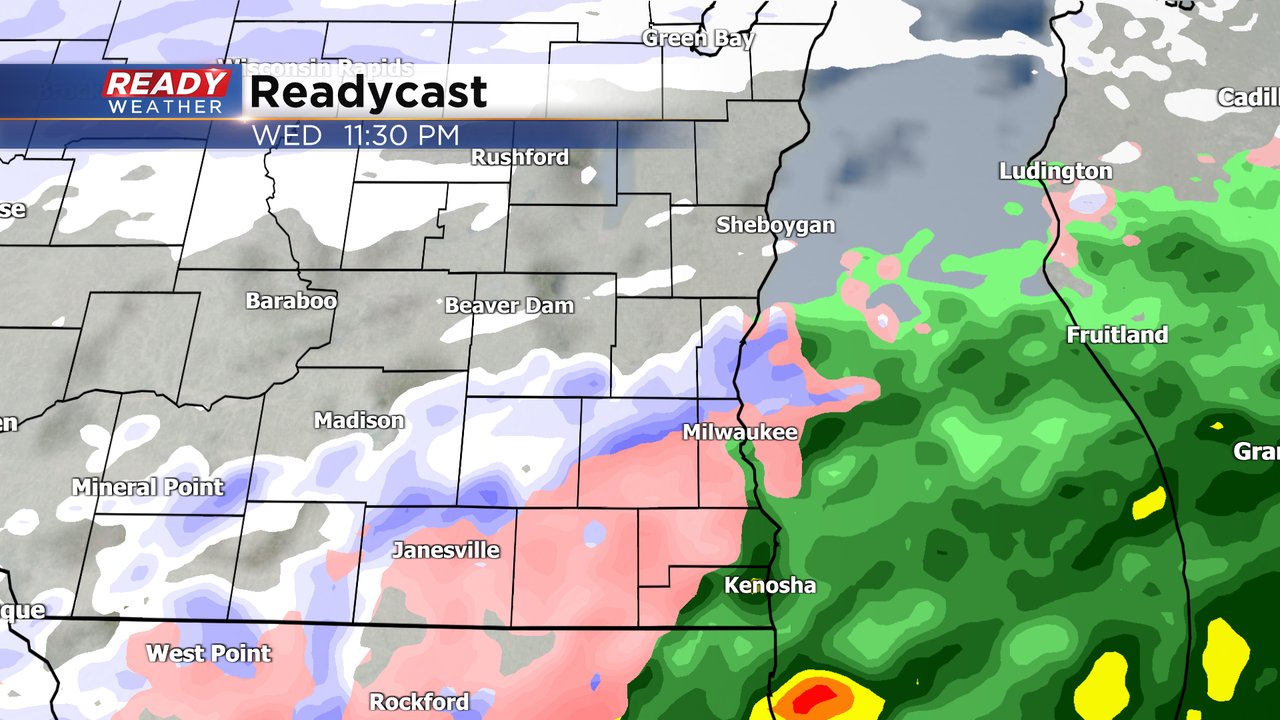 Most of the Thursday morning, including the morning commute, should be pretty dry with improving road conditions. But another round of snow looks to arrive by Thursday afternoon and evening. Most of this snow looks to be light wrapping up before midnight Thursday night. 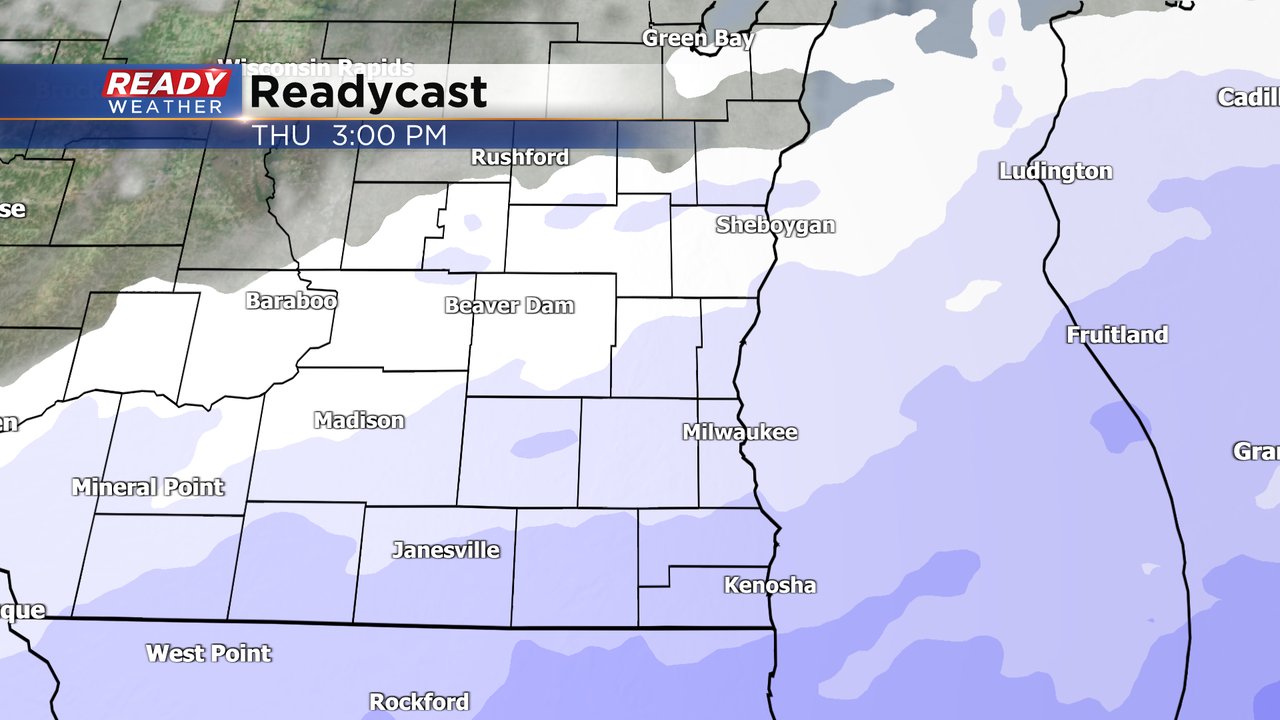 The overall track of the snow for Thursday has come into consensus to our south. This means southeast Wisconsin will not see any big snow totals. There is still the possibility for an inch or two in our southeast communities but northern areas only see a few snow showers and maybe a few tenths of snow. 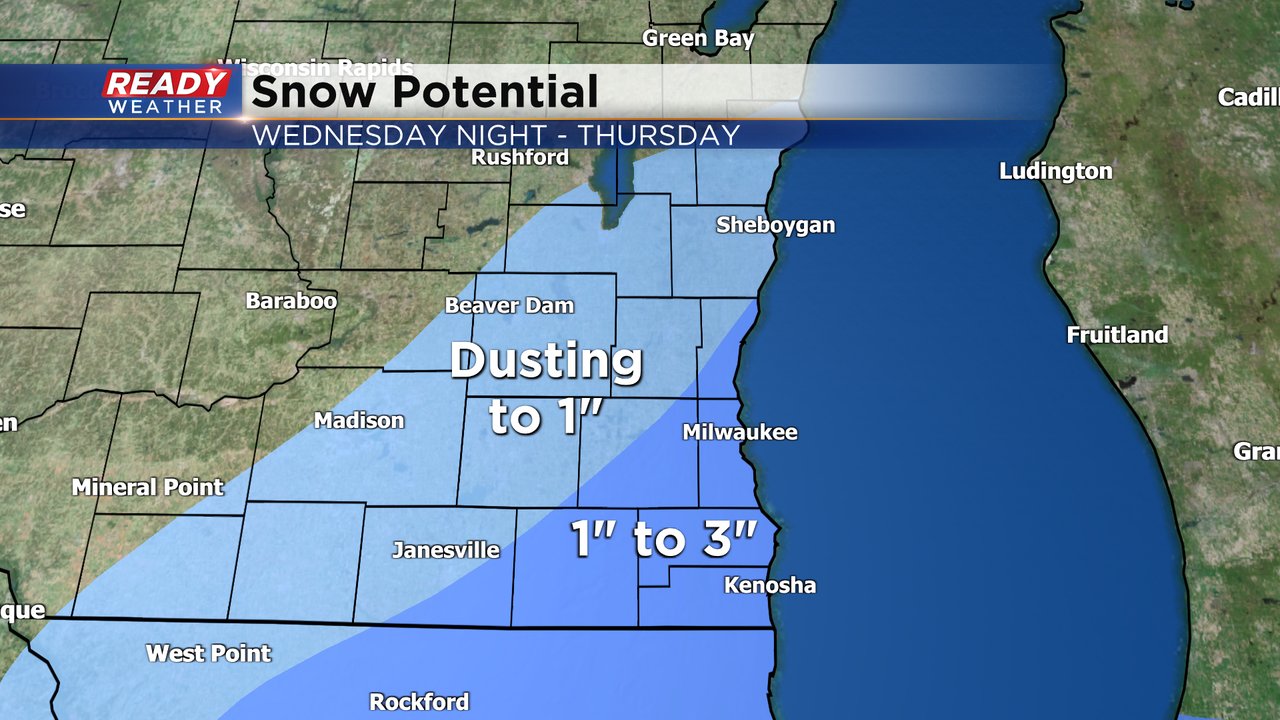