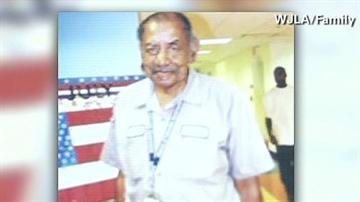 (CNN) -- The lieutenant whose firefighters refused to leave their Washington fire station to help a 77-year-old man who had collapsed outside has filed for retirement, a city official said Friday.

Lt. Kellene Davis -- who commanded the station at the center of the incident -- filed papers on Thursday to retire from the District of Columbia's Fire and EMS Department, said Keith St. Clair, a spokesman for Washington's deputy mayor for public safety.

\"It typically takes 45-50 days for such paperwork to be processed through channels,\" St. Clair explained.

Davis did not respond immediately to an e-mail Thursday from CNN, and a call to a phone number listed for her was not answered.

She took the step toward retirement five days after Marie Mills held her elderly father in the street and screamed for help.

A passerby rushed across the street to bang on the door of a fire station, knowing that firefighters are trained to provide emergency medical help.

But they wouldn't leave the station.

The same thing happened when two more people tried to summon the firefighters for assistance, according to Mills.

\"We looked across the street at the fire station. There was a firefighter that was actually standing against the fire apparatus,\" she told CNN affiliate WJLA. \"Everybody started trying to wave him over.\" But the firefighter said he had to be dispatched first.

Later, after an ambulance finally arrived, Cecil Mills died at a hospital. He had suffered an apparent heart attack.

Authorities subsequently opened an investigation into the incident, though none challenged Mills' version of events.

\"It's an outrage,\" Washington Mayor Vincent Gray said at a news conference, who DC news station WTTG reports has apologized to Marie Mills. \"I was absolutely furious.\"

According to the Mills family, those who asked for help at the fire station were told to call 911.

Calls to 911 were placed, but a mix-up with the address delayed an ambulance, said Washington Council member Tommy Wells.

\"Two things happened,\" he said. \"One was that no one came out of the fire house to help this gentleman. The other is the ambulance that was dispatched was dispatched to the wrong place. This was a number of fiascos.\"

McClair said Thursday that two employees of the D.C. Fire and Emergency Medical Services Department were suspended with pay in the wake of the incident.

The firefighters' union said the incident simply should never have happened.

\"We need to find out why it did occur and make sure it never happens again,\" said Ed Smith, president of the DC Fire Fighters Association, in a statement reported by WTTG.

The city's deputy mayor for public safety, Paul Quander, has said according to WTTG that authorities will look at the communications and whether \"protocols and procedures\" were properly followed.

There are no protocols that would prevent fire personnel from helping those in need, he told CNN Thursday. \"These are people who run into burning buildings. They work in the most hazardous conditions imaginable.

\"They cross the streets, they cross highways to get to people. It is understood. It is common. This is why it is so troubling that we did not take the appropriate action in this case. It's right across the street.\"