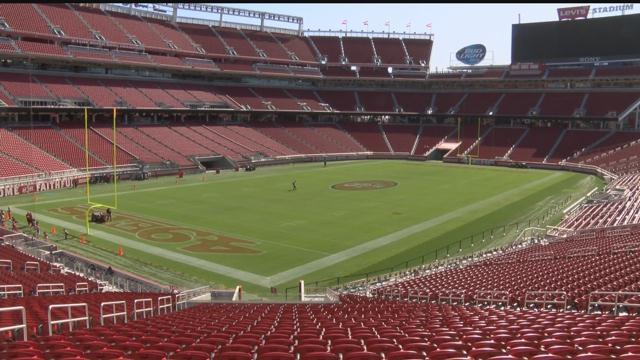 Levi's Stadium is prepared for Super Bowl 50. They increased the seating capacity by 2000 by removing two bars and adding bleacher seats to get the minimum capacity to host a Super Bowl.

It's the second Super Bowl held in this area. Super Bowl 19 was held at Stanford Stadium in 1985.

There is a wireless hotspot under each 100 seats in the stadium and there's even an app where you can order a beer for someone inside the stadium if you are at home.

And there is a garden on the roof, but don't expect anyone to be visiting that this weekend, due to security concerns.