RACINE COUNTY, Wis. (CBS 58) -- A school district in Racine County is dealing with the fallout of students and staff potentially being exposed to asbestos.

In a letter sent home to parents, the Yorkville School Board called it “very concerning” that protocol wasn’t followed on possibly dangerous summer renovations at Yorkville Elementary.

Last month, dozens of staff members at the school accused the district of a toxic work environment, including verbal threats.

He says the office shared a wall with a room they had been warned contained asbestos.

No such warning was given about the room he was in.

Jensen says he got sick the day he did the work.

“I started hyperventilating,” he said. “I started coughing. I started throwing up.”

Jensen’s supervisor was Butch Carlson, the head custodian who has since resigned.

"They had been warned, the administration, that there was potential asbestos tiles,” Carlson said. “They went above me…and did it anyway."

Carlson has regrets about his own behavior. He saw Jensen working, but didn’t tell him to stop.

School officials didn’t respond to our interview requests, but the letter sent home from the district says an outside environmental firm found the tiles with the asbestos were low-risk.

The Board writes they “completed a review of our school's Asbestos Management Plan,” and Wisconsin’s Department of Health Services and Department of Natural Resources both “agreed that we have followed all proper procedures…and have recommended no further actions.”

Jensen says his health is fine now, although he’s considered hiring a lawyer.

Here are the letters sent home from school officials regarding the potential asbestos exposure: 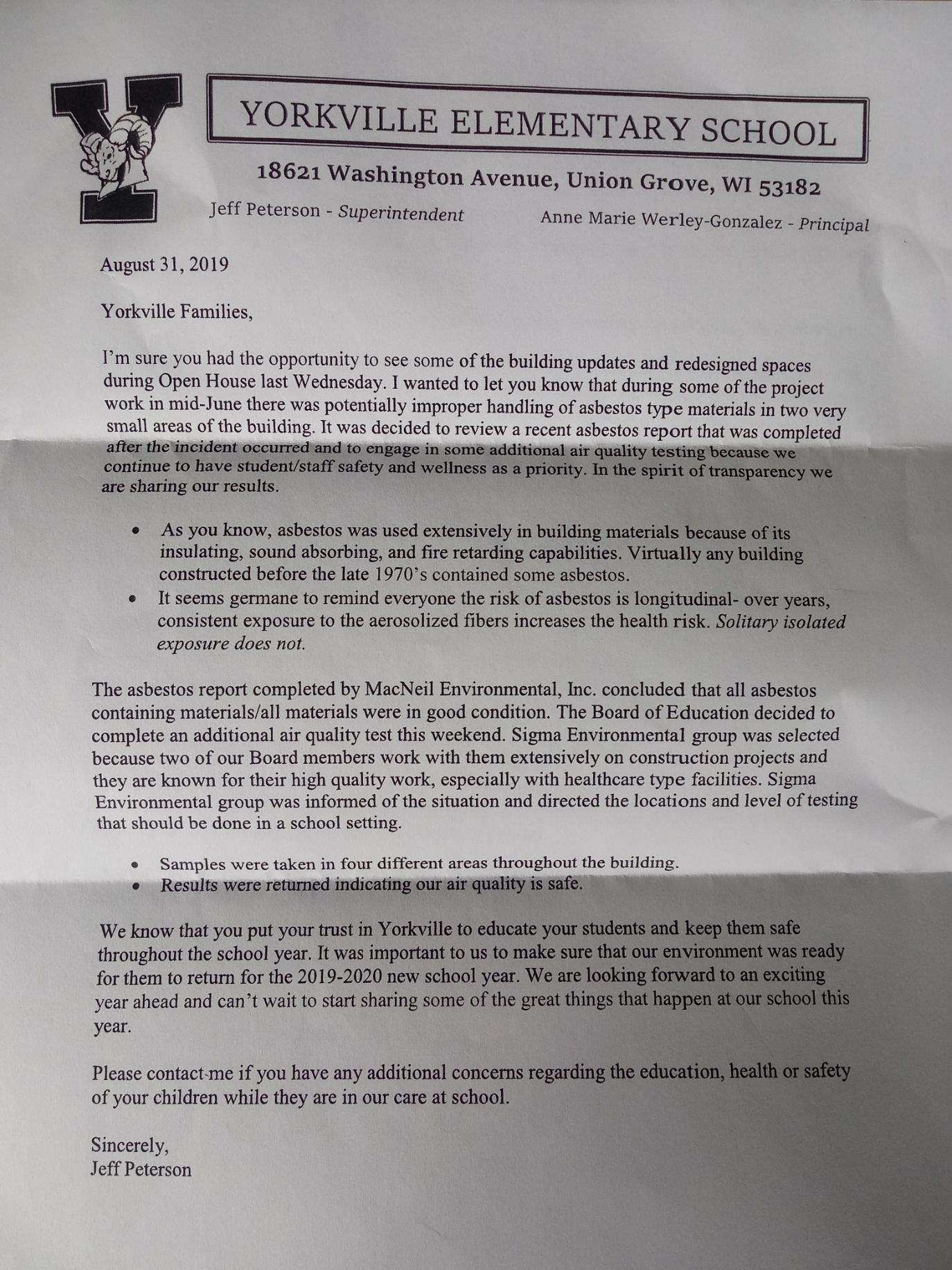 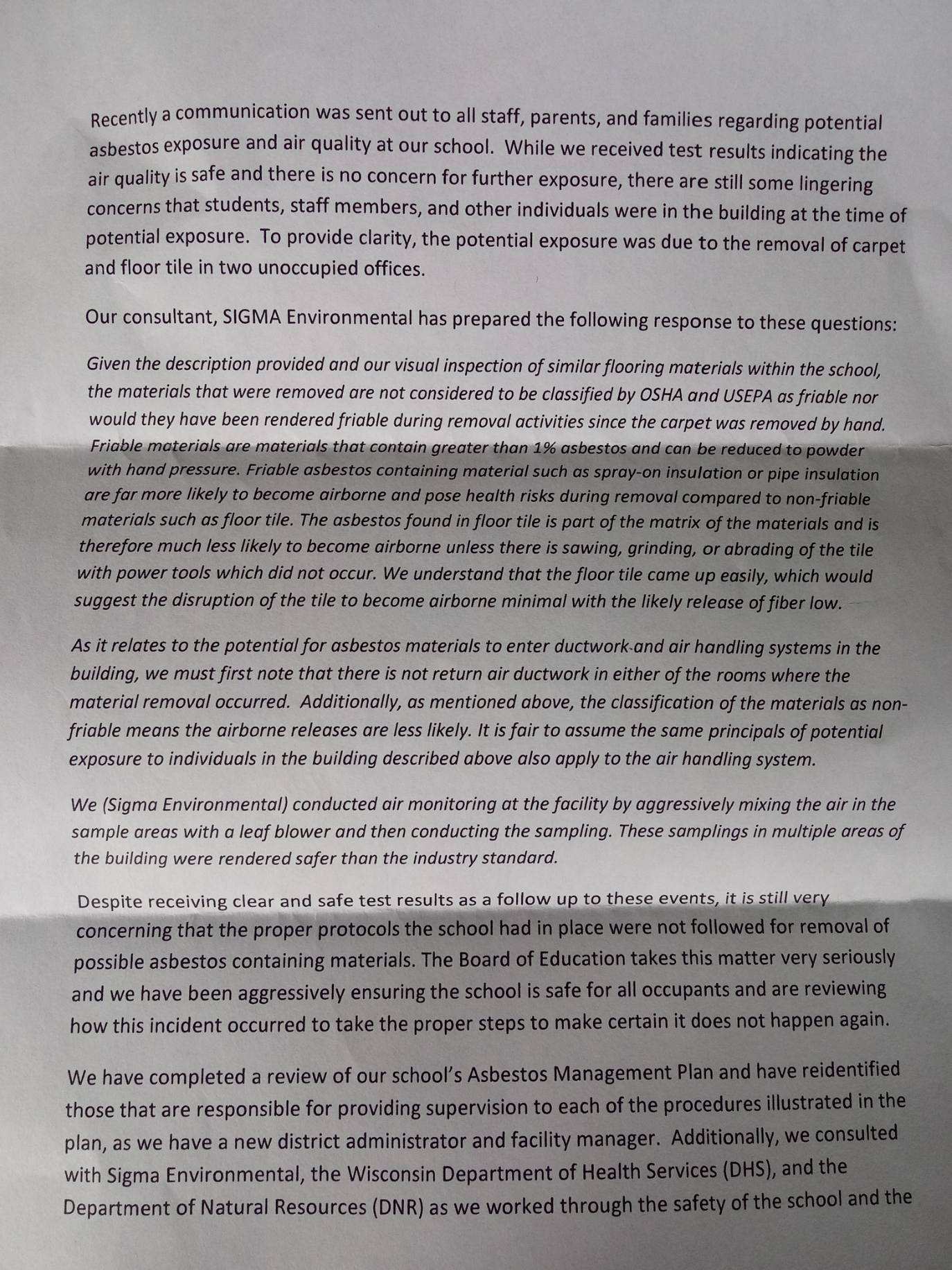 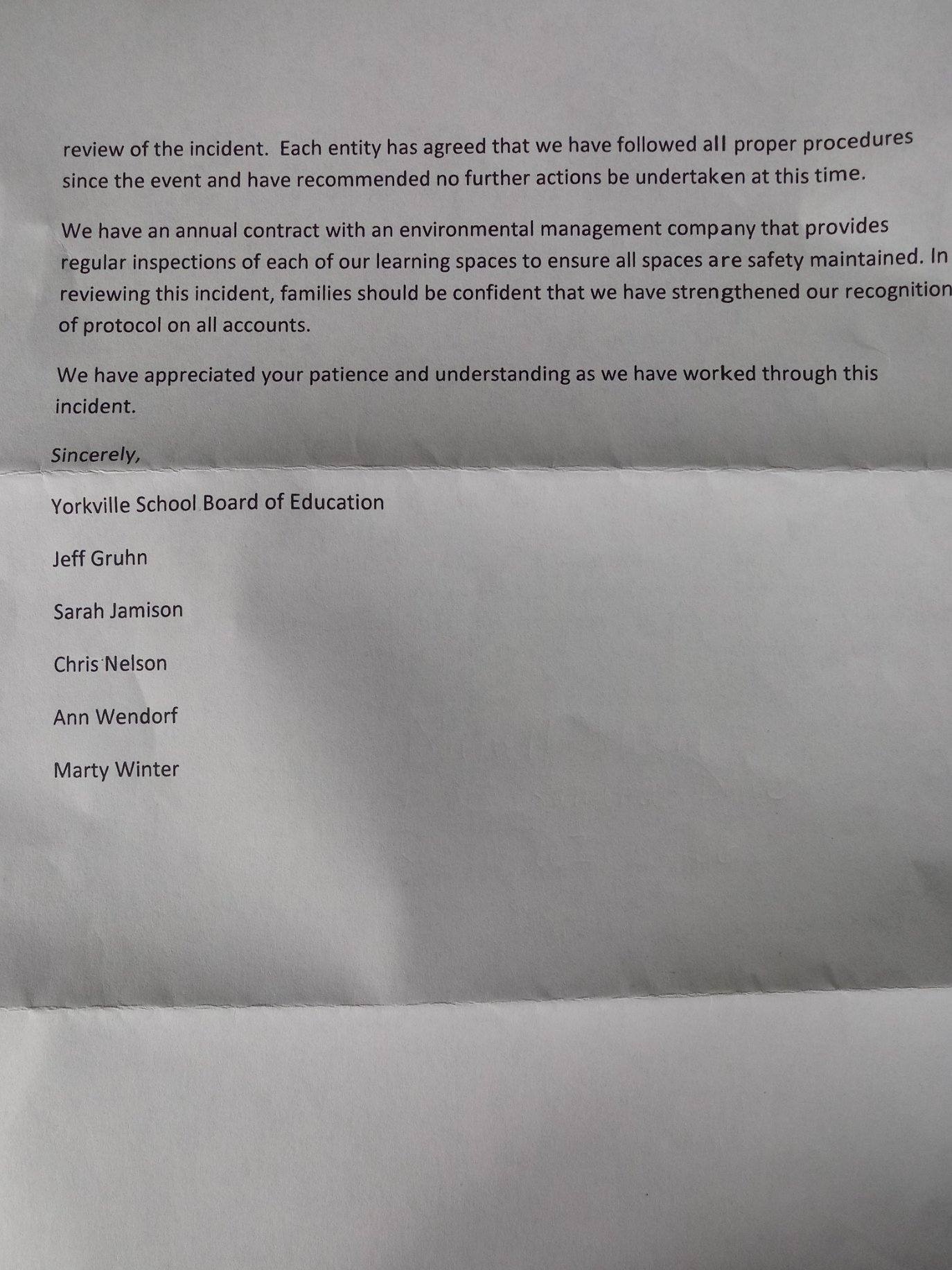