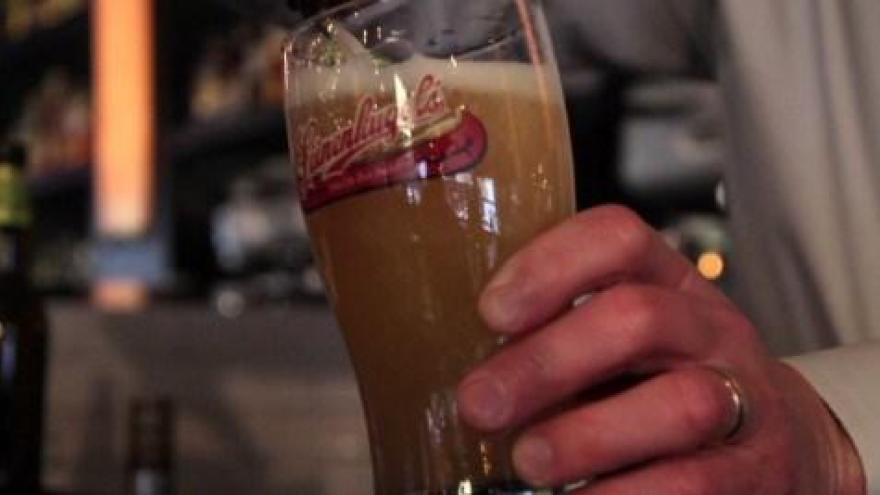 The Jacob Leinenkugel Brewing Company is creating a limited-edition Leinenkugel’s Anniversary Lager with Munich-based Hofbräu München to celebrate its 150th anniversary this year. The collaboration brew is one part of a year-long celebration that includes new packaging, a slate of summer programs and a party in Chippewa Falls for the Wisconsin-based brewery.

Set to arrive on draft at select bars in April and available in six-packs in June, Leinenkugel’s Anniversary Lager incorporates American hops and some German malt. Further, the M?rzen-style lager is brewed in the spirit of Reinheitsgebot, the German Beer Purity Law dating back to the 1500s that regulated what was allowed to go into beer, to commemorate Leinenkugel’s brewing heritage while looking toward its future. Leinenkugel’s Anniversary Lager will be brewed in Chippewa Falls, with a limited amount of draft being brewed in Germany.

“As we discussed how to celebrate this incredible milestone for our brewery, we wanted to ensure whatever we did was truly genuine and in the spirit of what we’ve been doing for a century and a half,” said Dick Leinenkugel, president of the Jacob Leinenkugel Brewing Company. “Partnering with Hofbräu München was a natural fit because of the similarities between our two breweries - German brewing history, innovation and a commitment to providing fans with the best beer possible.”

Drinkers able to get ahold of the collaboration brew will notice a subtle, toasty sweetness upfront as a result of the malt character with tropical notes from added Mosaic hops. Leinenkugel’s Anniversary Lager comes in at 5.4 percent ABV and 25 IBUs. “Leinenkugel’s envisioned a beer that honored its storied history, so that is exactly what we’ve helped create with the Leinenkugel’s Anniversary Lager,” said Dr. Michael Möller, director of Hofbräu München. “The beer has more than 550 years of combined experience behind it, is brewed in the spirit of Reinheitsgebot and has equal influence from their innovative flavors and our tried-and-trued traditions. We like to think of this as a ‘cheers’ that crosses the Atlantic.”

Before the collaboration brew is officially available nationwide, Leinenkugel’s will introduce new packaging for its entire portfolio for the first time in 10 years. The new look highlights Leinenkugel’s proud family name and brings the signature outdoorsy feel and an eye-catching color to the forefront. The new packaging will be seen as the brewery’s flagship Leinenkugel’s Summer Shandy hits shelves in March and will ramp up as more beers arrive throughout the year.

Along with several initiatives currently being planned across the country, the celebration will culminate with an official anniversary party at the Northern Wisconsin State Fairgrounds in Chippewa Falls the weekend of August 11. Leinenkugel’s fans of legal drinking age are invited to join the family as they toast their milestone moment.

“The celebration will begin with our biggest collaboration brew in history and a complete packaging refresh across our entire portfolio, but we have a lot more on the way and recognize a proper cheers with our fans is the only way to cap it off,” said Leinenkugel. “For those unable to make it to the official celebration in August, thank you for your continued support of our family’s beers.”