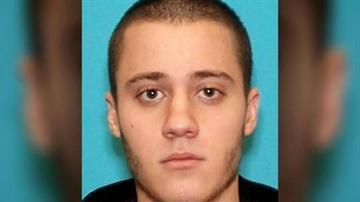 Los Angeles (CNN) -- The man accused of killing an airport security officer last month at Los Angeles International Airport pleaded not guilty Thursday to murdering a federal officer and to 10 other charges.

A Los Angeles police officer shot and wounded Ciancia to end the incident at LAX, the sixth busiest airport in the world, according to authorities.

A trial date for Ciancia was set for February 11, but it's unlikely the trial would begin that soon, said U.S. attorney's office spokesman Thom Mrozek.

Prosecutors have yet to decide whether to seek a capital case, which would introduce a possible death penalty in a conviction.

\"The decision on whether or not to pursue the death penalty in this case is multi-layered and begins with the trial lawyers in Los Angeles and ends with the U.S. attorney general,\" Mrozek said.

According to the criminal complaint against Ciancia, he allegedly entered Terminal 3 at the Los Angeles airport, pulled out a .223-caliber M&P-15 semiautomatic rifle and fired several shots point-blank at Hernandez.

He began to walk up an escalator, but saw Hernandez move and returned to shoot him again, authorities allege in the complaint.

Investigators say Ciancia then fired on two other TSA officers and a passenger, all of whom were wounded, before a Los Angeles police officer chased him down and shot him, according to the complaint.

Investigators found a handwritten letter among Ciancia's belongings at the airport addressed to TSA employees, saying the shootings were meant to \"instill fear in your traitorous minds.\"

The note said he had made a \"conscious decision to try to kill\" TSA workers, according to the complaint.

Alerted to troubling text messages sent to his family back East, Los Angeles police officers had gone to check on Ciancia the morning of the shooting but didn't arrive in time.

They got to his apartment 52 minutes after the shooting and left without realizing his connection to the incident, according to authorities.