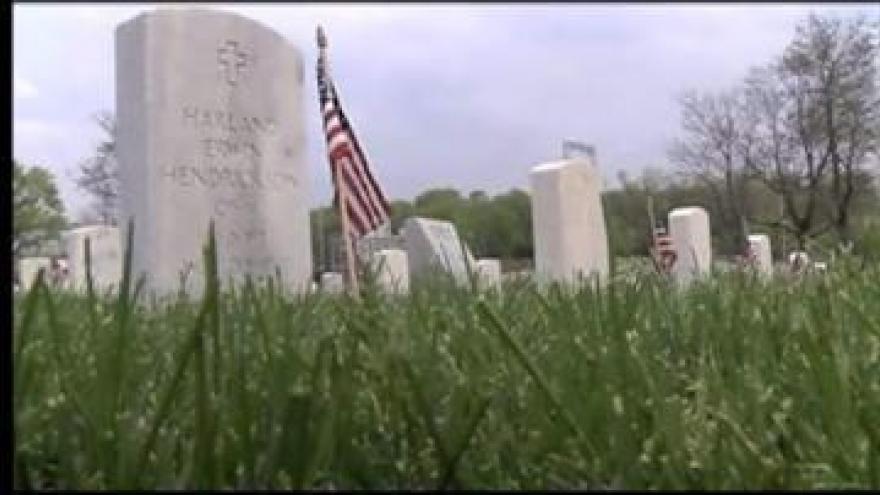 MADISON, Wis. (AP) — A former southern Wisconsin gravedigger was fired after he tried to blow the whistle on drunken, stoned co-workers who dug sloppy graves and smashed casket boxes with a backhoe, according to a lawsuit filed Wednesday.

Later that year he saw his co-workers use a backhoe on several occasions to pound grave boxes — concrete boxes that hold caskets — into graves that were too shallow in an effort to push them deeper underground, the lawsuit alleged.

One worker at Glenview broke open both the grave box and the casket inside, exposing the corpse, and prompting the backhoe operator to quip, "I won't do that drunk anymore," according to the lawsuit.

The grave hadn't been fully drained and water penetrated the casket, submerging the corpse. The operator noted the dead man had been in the Navy and remarked, "Well, he's in the water now."

In 2016, another backhoe operator at Glenview was digging a new grave between two occupied graves while drunk and broke a drainage tile, causing the new grave to flood, according to the lawsuit. The operator also broke open the grave box in one of the adjacent graves.

The lawsuit doesn't name any of the workers.

Blazys complained about the workers in 2016 to the company that owns the cemeteries, Pennsylvania-based StoneMor Properties L.P. The company flew three company officials to Roselawn to speak with him that October. Blazys told them that his co-workers' behavior made him feel uncomfortable and unsafe, according to the lawsuit. He was subsequently fired.

Blazys argued in the filing that the workers' conduct amounts to desecration. Wisconsin has expressed a clear public policy that grave desecration should be reported. He noted a state law requires people to report disturbances of burial sites to the state historical society.

The lawsuit demands StoneMor reinstate him with back wages and reimburse him for his legal costs. Blazys' attorney, Mike Godbe, said his client lost his house and has largely been out of work since he was terminated.

StoneMor spokesman David Shane said in an email to The Associated Press that Blazys' allegations are false and lack merit. He promised that the company would defend the matter "vigorously" in court.