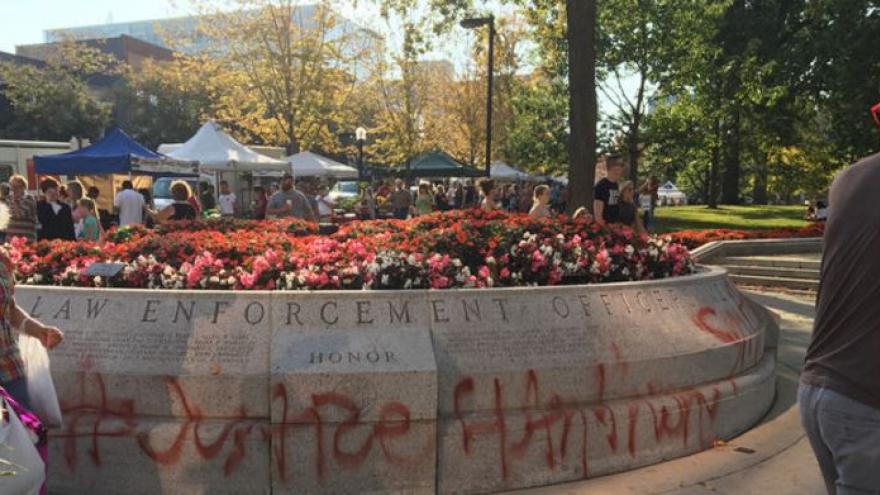 MADISON, Wis. (AP) — Wisconsin's law enforcement memorial in Madison has been vandalized with a reference to the protests in St. Louis.

On Saturday morning, officials discovered the memorial outside the state Capitol was spray-painted with the words "#Justice4AnthonySmith."

The phrase is in reference to protests that began Friday after the acquittal of former St. Louis police officer Jason Stockley in the 2011 shooting death of 24-year-old Anthony Smith, who was black. The protests continued Saturday.

WISC-TV reports that Capitol police are investigating and the vandalism will be cleaned up as soon as possible.

The protests in St. Louis were mostly peaceful on Friday, until a window was broken at the mayor's home and officers in riot gear used a chemical irritant to disperse the crowds. Several people were arrested.