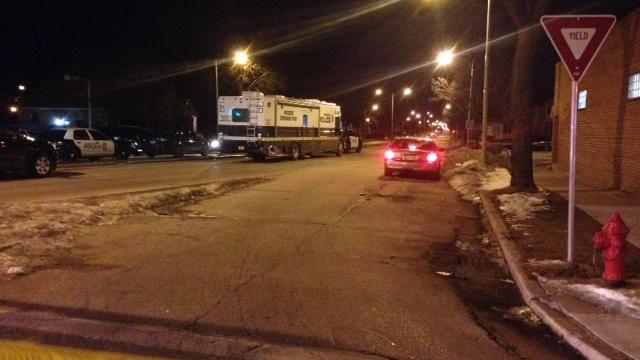 A tactical situation ended peacefully early Friday morning when a man who had made threats against his family surrendered to police.  Around 9:35 PM Milwaukee Police were called to the area of N 51st Blvd and W Hampton Ave for 26-year-old man who had become confrontational with family members and had been making threats.  The  man was believed to be armed with a gun.  When the police arrived the man fled to his house and refused to surrender. An armored vehicle and command post were dispatched to the scene. According to MPD officials, negotiators talked with the man for several hours before the man gave himself up without incident and without injuring himself, his family or police.  The man was taken to a local hospital for a mental health evaluation.