NOW: Last push of January snow makes it the snowiest in 16 years

January is in the record books and with a last push of snow over the last week of the month it ended well above-average on snowfall. Most of southeast Wisconsin was mild in January, especially for the start of the month which carried the mild air through the end of the month. Thanks to our 15" of snow that fell over the last week of January we ended with 23.3" of snowfall - way above the average of 14.7" and last year's 12.2". It actually ended up being our snowiest January since 2005 and the 22nd snowiest January on record. 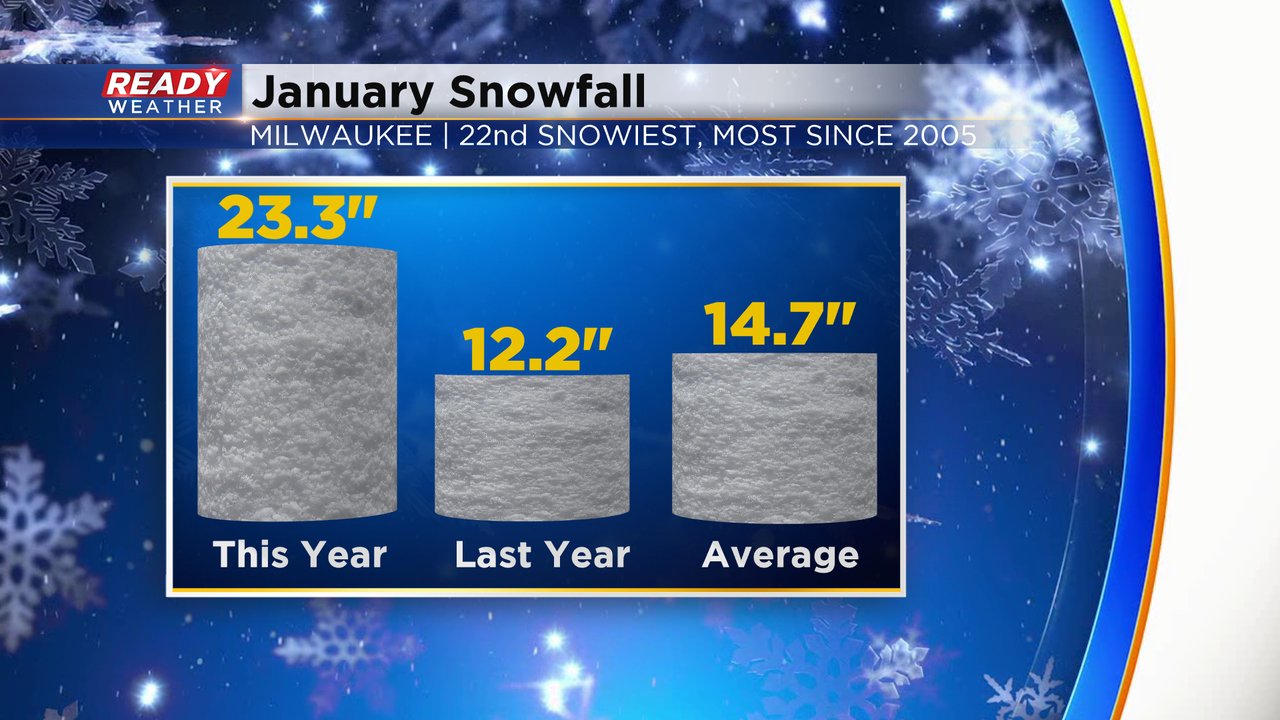 Besides a few chilly days the temps stayed very mild in January. 28 out of the 31 days saw highs at or above the average of 29* all month. We only dipped into the single digits one day at the end of the month with a low of 9*. The average temp ended 5.7* above-average which goes down as the 16th warmest January on record. 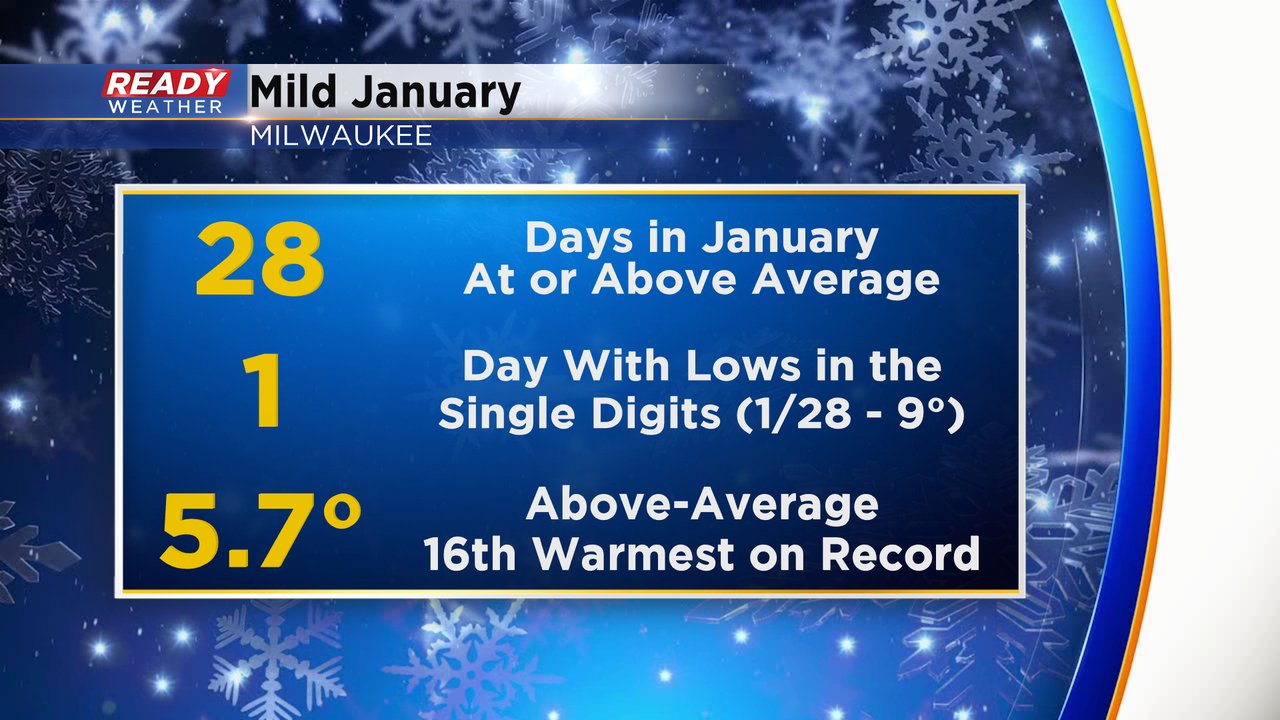 Now we welcome in the month of love where the average high goes from 30 at the beginning of the month to the upper 30s by the 28th. February is our third snowiest month on average with just under 10" of snowfall. 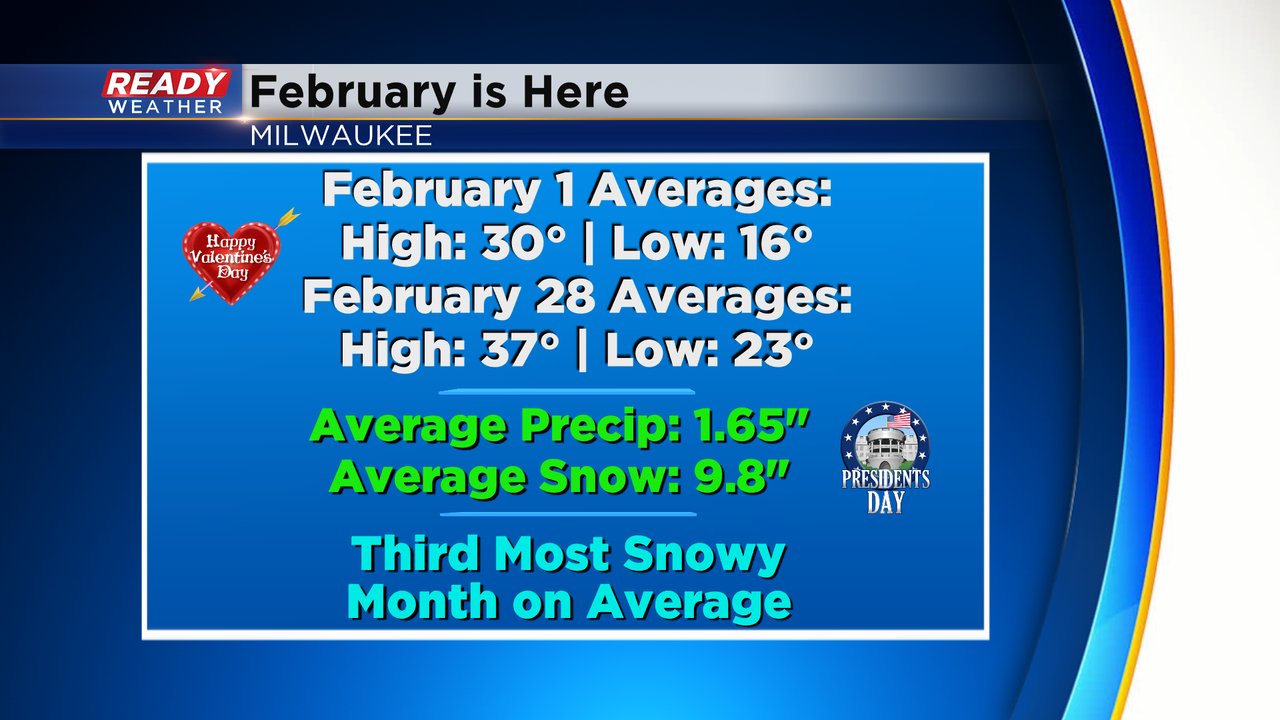 Download the CBS 58 Ready Weather app to track more snow chances and a big blast of cold air this weekend.