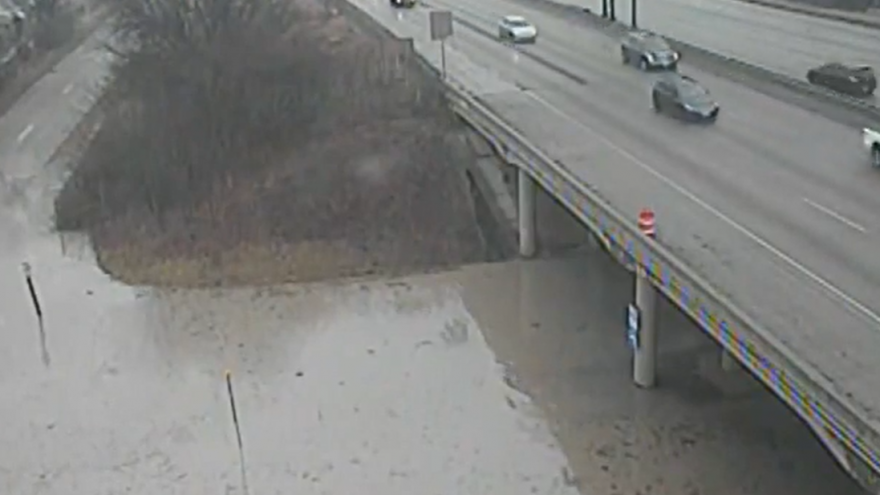 MILWAUKEE COUNTY (CBS 58) -- A large water main break happened on Hawley Road near I-94 Saturday morning, causing flooding in a nearby neighborhood.

According to our crews on scene, the water seeped into nearby homes. Milwaukee police officers were on scene doing traffic control.

The floodwaters temporarily covered portions of several nearby streets, including Dixon, Adler and 60th. Dozens of cars and trucks were partially submerged.

"I was in the shower and I get (a call from my neighbor) and I'm listening to music and he says, 'Your car is flooded,'" said Jason Marhal, who lives in the nearby Hawley Terrace apartments.

The Department of Public Works said it received dozens of calls staring at 9 a.m. regarding this incident.

Jeff Polenske, commissioner of Public Works, said a 48-inch water main broke and crews are still looking into what caused it. CBS 58 asked Polenske if weather was a factor.

He said, "It's really hard to say. Weather is so fluctuating that it can in and of itself have an effect on our water mains and infrastructure that's under ground."

Milwaukee police said due to the water main break, a stretch of Hawley Road and the east and westbound I-94 ramps will be closed until further notice.

Polenske said he was hoping to be able to turn the water back on in the neighborhood by Saturday evening.

The city also has a claims process for homeowners that Public Works encourages them to use if they have damage from the floodwaters.

"If they have any damage to furnaces and that sort of thing, really they need to get that fixed themselves, be proactive and get that done," Polenske said.