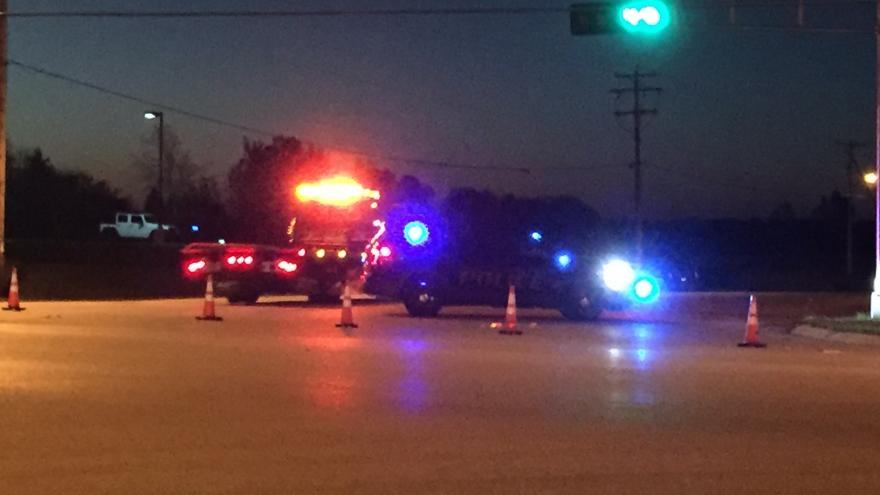 MUKWONAGO, Wis. (CBS 58) -- Police say a teenage driver lied to them about a crash that sent a 14-year-old girl to the hospital.

Mukwonago Police say the 15-year-old took his parent's car for a joyride around 2:00 Monday morning.

He crashed into a utility pole on Holtz Parkway and ran off. Police contacted the teen who told them he was lost in the woods. The Fire Department spent hours looking for him.

"Three hours into it, we found out that he was on other social media, Snapchat, trying to contact friends for a ride so we didn't believe he was lost anymore and ended our search and rescue," says Sgt. Chris DeMotto with Mukwonago Police.

The teen was found a few hours later and turned over to his parents. Police have not said what caused the crash.

The condition of the 14-year-old passenger is still unclear.

MUKWONGAGO, Wis. (CBS 58) -- Police have found the 15-year-old driver in an early morning crash that sparked a hours-long search in Mukwonago.

Mukwonago Police say the  driver who left the scene of an accident was found by deputies with the Waukesha County Sheriff's Office at a local business a few miles away from the crash. An ambulance was called but the driver was never transported to the hospital.

It took four hours for police to catch up with the teen. At this time, the driver is not in custody and no charges have been filed against him, however he will be questioned by investigators.

The crash happened just before 2:00 Monday morning. The driver's passenger, a 14-year-old girl, was also sent to the hospital following the crash. Police say they were able to question the girl in the hospital.

MUKWONAGO, Wis. (CBS 58) -- Police are looking for a 15-year-old driver after a serious car accident in Mukwonago.

Mukwonago Police say just before 2:00 Monday morning a vehicle hit a utility pole on Holz Parkway south of CTE ES. When officers arrived, the 15-year-old driver ran away. A 14-year-old girl who was a passenger was extricated from the car and taken to an area hospital with severe injuries.

For the next three hours, police, the Waukesha County Sheriff's Office, and the Mukwonago Fire Department searched the area for the driver. Police were not able to find the driver and believe he was evading investigators and was not hurt.

MUKWONAGO, Wis. (CBS 58) – First responders are on the scene near the intersection of Fox Street and Holz Parkway in Mukwonago.

Details are limited at this time. CBS 58 has a crew on the scene and will bring you the latest updates on-air and online.