MILWAUKEE (CBS 58) -- An off-duty detective with the Milwaukee Police Department was shot in the Third Ward, Thursday, Jan. 13, while 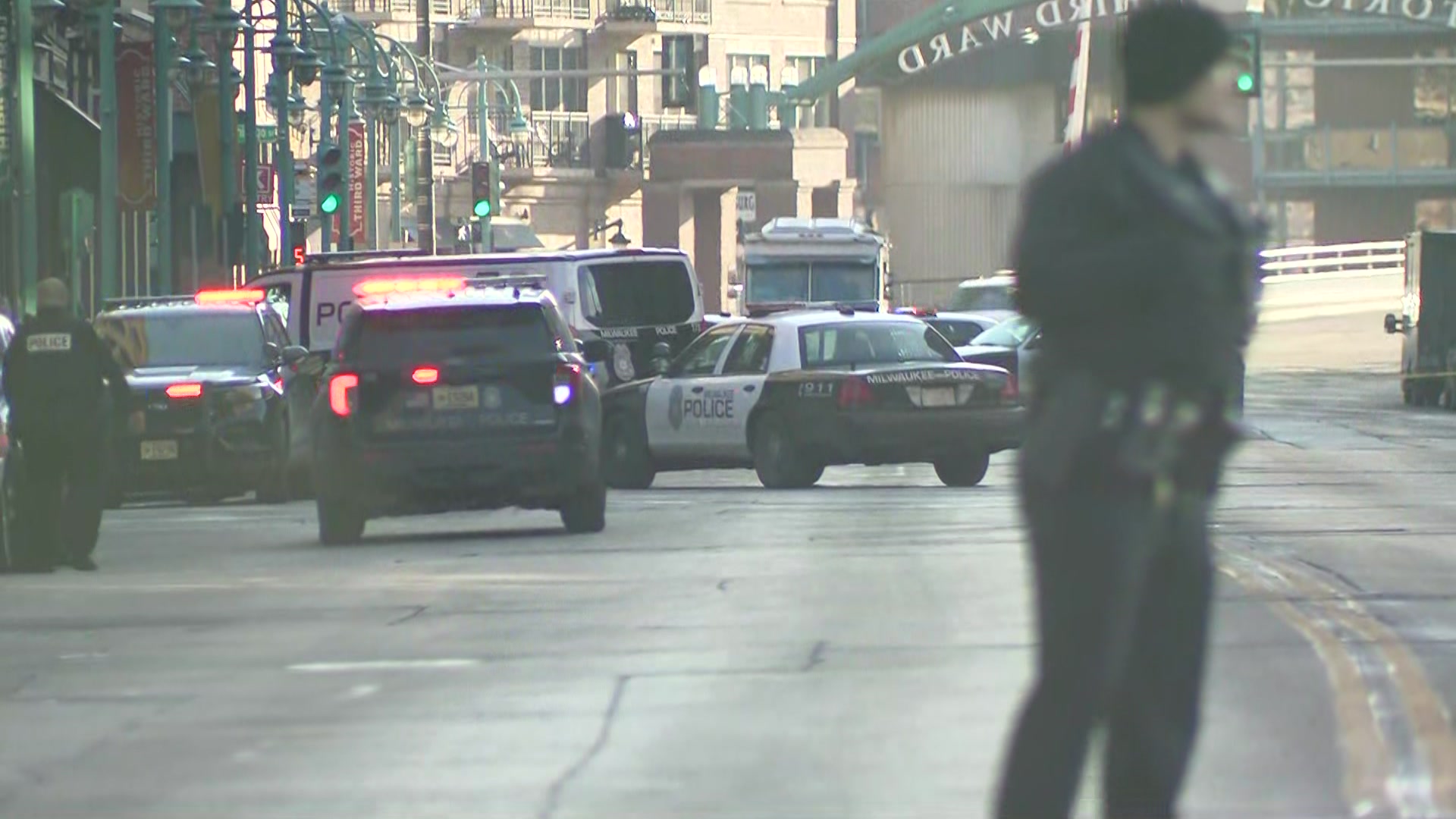 intervening in a robbery attempt. It happened near Water and Buffalo Streets around 2 p.m.

In a press conference Thursday evening, Milwaukee Police Chief Jeffrey Norman said the suspect had unsuccessfully attempted to steal a vehicle with three children inside. The suspect then left the vehicle and began to leave the scene.

Chief Norman said the female driver of the vehicle located a cellphone around her car and entered a nearby business. The suspect then followed the woman inside and attempted to rob her.

A 37-year-old off-duty Milwaukee police detective intervened, announced that he was an officer and attempted to detain the suspect.

Chief Norman said, "The suspect fired multiple shots at the off-duty detective, striking him multiple times, then fled the scene." He sustained life-threatening injuries in the shooting and was taken to an area hospital where he's said to be in stable condition.

Chief Norman said the detective returned fire, however it does not appear that anyone was hit.

The suspect fled in a vehicle that was later observed near 27th and State Street. Officers attempted to stop the vehicle, and a pursuit began, ending near 30th and Chambers.

Multiple suspects fled on foot, and a 17-year-old and 18-year-old were apprehended on scene.

Mayor Cavalier Johnson said, "Enough. Enough. Folks in this city have had enough with the violence, particularly the deadly gun violence we've seen plaguing this community year in and year out."

Chief Norman says the detective involved has seven years of service with the Milwaukee Police Department.

The Milwaukee Police Department Homicide Division is leading the investigation.

Both the mayor and police chief reiterated the detective was not on duty at the time, yet he still sprang into action to protect and serve.

Chief Norman said, "He went into danger. Without any hesitation. Absolutely proud of the men and women of the Milwaukee Police Department, proud that we are able to be professional on and off duty."

The roads are now back open and all the police tape is down. A Shake Shack window is shattered from an apparent bullet, it appears another grazed the outside of the building pic.twitter.com/atLuKS0V4n

“We are deeply troubled by the events at the Third Ward Shack today. We wish the victim of this terrible act a full and speedy recovery. The safety of our team and guests is our top priority, and violence has no place in our Shacks. We’re working closely with the authorities as they investigate this incident and will be closing the Shack for the rest of the day.”

Chief Norman said the three children in car the suspect tried to steal are ok.

A Shake Shack employee said everyone else inside the restaurant was also unhurt.

Many of the people we spoke with say they heard the shots from their offices and homes on higher floors of the buildings in the Third Ward.

"We were having a meeting and we hear four big shots and immediately thought -- that sounds like gunshots."

People who live nearby say at first they weren't sure what was happening.

"Just quick -- pop, pop, pop, go off. I didn't think too much of it, thought it could've been a gunshot, could be construction. Then I heard all the cops coming in, heard the helicopter and sort of put two and two together."

Most everyone says they were pleased with the fast police response, although they were concerned things like this are happening in the Third Ward.

"It seems like they got it all under control, but still, it's just something you don't always see down here."