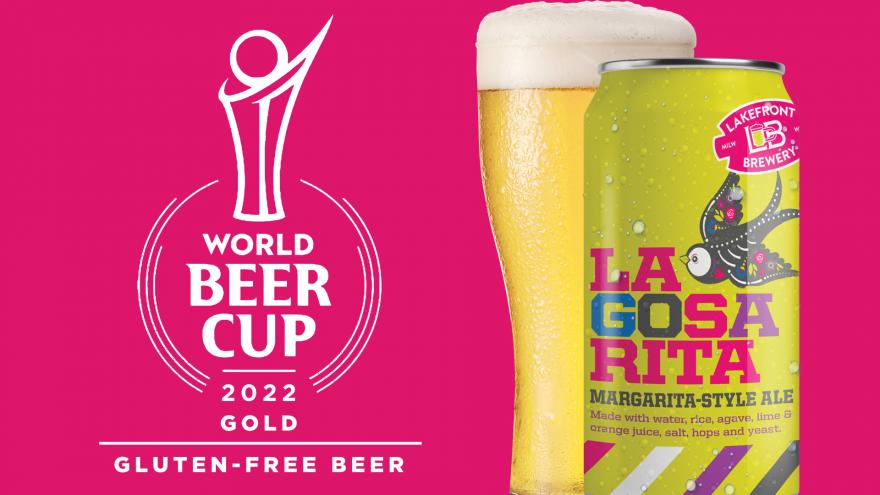 MILWAUKEE (CBS 58) -- A gluten-free beer from Lakefront Brewery won best beer in the world at the World Beer Cup!

The beer, called "La Grosa Rita Margarita-Style Ale," was developed by Lakefront Brewery over a year ago as part of their gluten-free heritage. According to Lakefront, it has a lime tartness, a bit of agave and orange sweetness and just the right amount of sea salt saltiness. At 4.5 alcohol by volume, it's light and refreshing.

Thursday, May 5, the World Beer Cup was held at the Craft Beer Conference in Minneapolis, where La Grosa Rita Margarita-Style Ale was awarded gold.

“The World Beer Cup is known as the Olympics of beer,” said Lakefront Brewery President, Russ Klisch. “To win gold means your beer is one of the best in the world.”