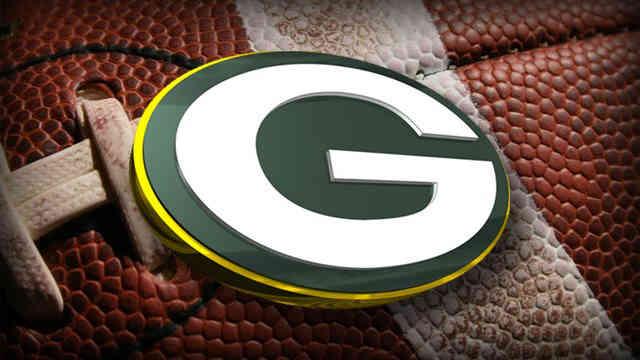 GREEN BAY, Wis. (AP) -- Eddie Lacy's powerful running early on helped propel the Green Bay Packers to a 20-12 win over the Oakland Raiders on Thursday night.
Lacy had nine carries for 45 yards, capped by a 1-yard touchdown dive on third-and-goal, to highlight a 14-play, 74-yard drive to start the game as the Packers again played without quarterback Aaron Rodgers.
The night was over at that point for Lacy, who made coach Mike McCarthy happy in the offseason by slimming down after the coach was critical of the lead back's playing weight at the end of last season.
With a healthy Rodgers again held out of game action, second-year backup Brett Hundley made the start in his preseason debut.
But after directing the early touchdown drive, which used more than half of the clock in the first quarter, Hundley left the game early in the second quarter with an ankle injury.
An injured ankle sidelined Hundley for two weeks until he returned to practice this week.
Derek Carr ran Oakland's offense for a half Thursday, but wasn't effective.
The third-year starter completed 9 of 13 passes for just 38 yards and had an underthrown pass to standout receiver Amari Cooper picked off by Damarious Randall.
Raiders running back Latavius Murray had six carries for 19 yards against a Green Bay defense that was without three key starters, including linebackers Clay Matthews and Julius Peppers.
Matthews and Peppers, who have yet to play in the preseason, have been threatened with suspensions by the NFL if they don't cooperate with the league's investigation of the players' alleged link to performance-enhancing drugs.
JORDY'S BACK
A day after the Packers activated Jordy Nelson from the physically unable to perform list, the star receiver suited up for and participated in pregame warmups.
Nelson was out since the start of training camp with an injury to his left knee, which he called "a hiccup."
After he missed the 2015 season because of a torn ACL in his right knee, Nelson may have a chance to play Green Bay's next exhibition game, Aug. 26 at San Francisco, when Rodgers expects to have extended playing time.
MACK ATTACK
All-Pro defensive end Khalil Mack had a big first half for the Raiders in pressuring the pocket.
One of Mack's two quarterback hits forced Hundley to leave the game after Hundley managed to complete a pass of 31 yards to Davante Adams.
Mack later dominated Packers backup rookie left tackle Jason Spriggs on back-to-back plays with a sack of Joe Callahan and then pressuring Callahan into an intentional-grounding penalty.
INJURY UPDATE
Raiders: Starting DE Mario Edwards Jr. (hip) and TE Gabe Holmes (ankle) are out indefinitely after getting hurt in the preseason opener last week.
Packers: Veteran S Morgan Burnett remains sidelined because of a back injury that flared up before last week's first game. Micah Hyde again made the start in Burnett's absence.
BIG DEBUT
Justin McInnes was the line judge for the game, marking the first time a current Canadian Football League official worked an NFL game.
McInnes was part of an eight-man crew led by referee Bill Vinovich on Thursday.
Two other CFL officials are working NFL exhibition games this week as part of the two leagues' officiating development program.