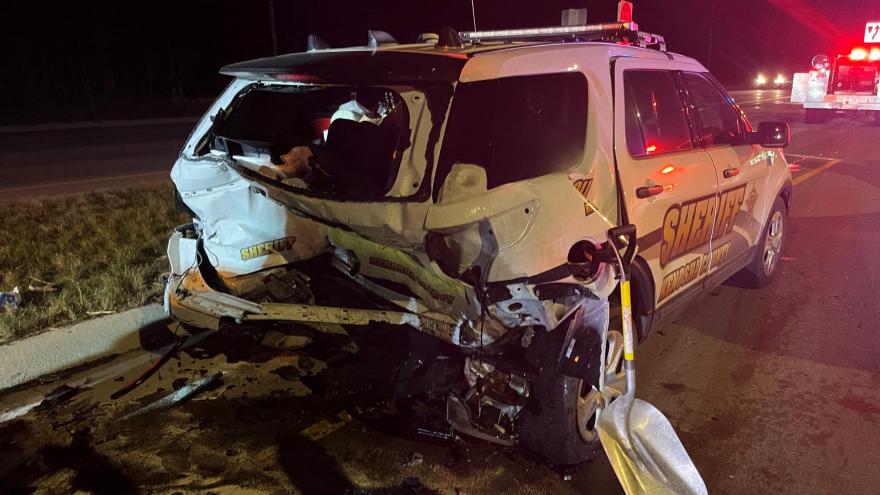 KENOSHA COUNTY, Wis. (CBS 58) -- The Kenosha County Sheriff's Department (KSD) is reminding drivers of Wisconsin's Move Over Law after a squad car was struck during an emergency traffic stop on Thursday, Dec. 16, 2021.

The law requires all vehicles to move over and slow down to provide a "safety zone" for law enforcement and other emergency vehicles.

According to a KSD Facebook post, a deputy was out of his squad car on a traffic stop when it was struck from behind.

The deputy was not injured in the crash.