Kratz Said He Wasn't Asked to Participate in Avery Documentary 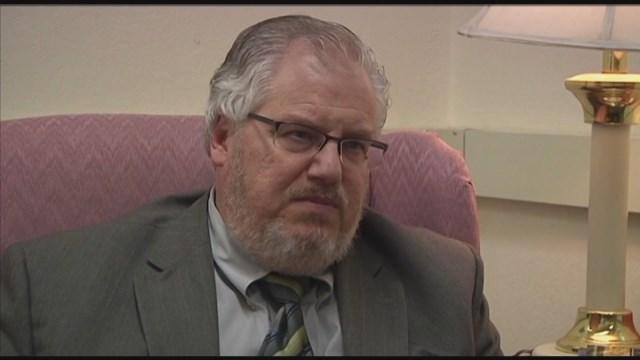 Following the popularity of the podcast "Serial" and HBO's "The Jinx," Netflix's "Making a Murderer" has become the nation's latest true crime obsession.

It focuses on the case of Steven Avery, who was wrongfully convicted of rape and spent 18 years in prison, before he was freed by DNA evidence.

In 2007, a jury didn't believe Avery when he insisted he was framed again for the murder of photographer Teresa Halbach and is currently serving a life sentence. But he's been given a new platform to proclaim his innocence through the new documentary series, and this time, viewers seem to believe him, reports Elaine Quijano of CBS News' digital network CBSN.

More than 200,000 people have signed petitions on change.org and whitehouse.gov, demanding Avery be pardoned. He also gained celebrity support from Mia Farrow who said she was "outraged," and Ricky Gervais who said the series deserved a "Nobel Prize."

"Making a Murderer" suggests investigators, some of whom were involved in Avery's wrongful rape conviction, felt embarrassed after his release and may have planted evidence to frame him again as payback.

Ken Kratz, who prosecuted Avery, says he wasn't asked to participate in the series. He says the film ignores much of the incriminating evidence presented during the trial.

"It's not a documentary at all. It's an advocacy piece," Kratz said. "If I was spoon-fed only what the Netflix documentary wanted me to see, I'd come to exactly the same conclusion."

But the filmmakers say they asked Kratz to participate and were turned down.

"We used what he said in court. We used his press conferences," said executive producer Moira Demos. "So we do feel that we represented his point of view."

Online, viewers are speculating about other possible suspects. Some have also made death threats against Kratz and his family. His Yelp page is under an "active cleanup" alert because of all the negative comments.

Despite the outrage, Kratz said "Making a Murderer" is unlikely to win Avery his freedom because it hasn't uncovered any new evidence.

"It does very little to help the search for the truth. That is a function that is uniquely given to jurors, and the jurors did that when they returned their verdict," Kratz said.

Kratz won't say if he will sue the filmmakers or write a book in response. Now a defense attorney in private practice, Kratz said he appreciates all the interest in the criminal justice system that has been sparked by the documentary.