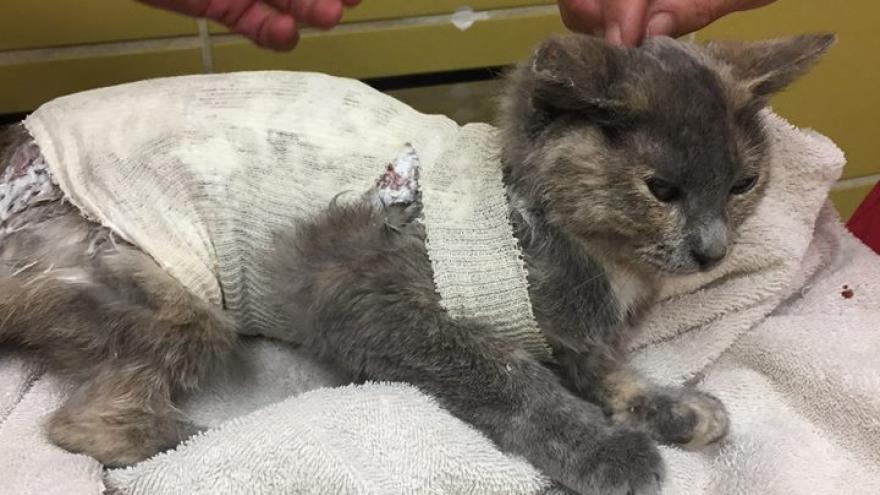 Kenosha, WIS. (CBS 58) -- A 7 to 8-month-old kitten found severely burned from chemicals is now recovering at a no-kill animal shelter.

According to the Kenosha Forgotten Friends, Phoenix the cat was taken in after she had chemicals poured on her and was left to die.

Warning: May be considered graphic to some.

According to the shelter, 80% of the cat's right side is covered in burns. She was also severely emaciated and had a temperature of 103.7 when she arrived due to the infection from her wounds. 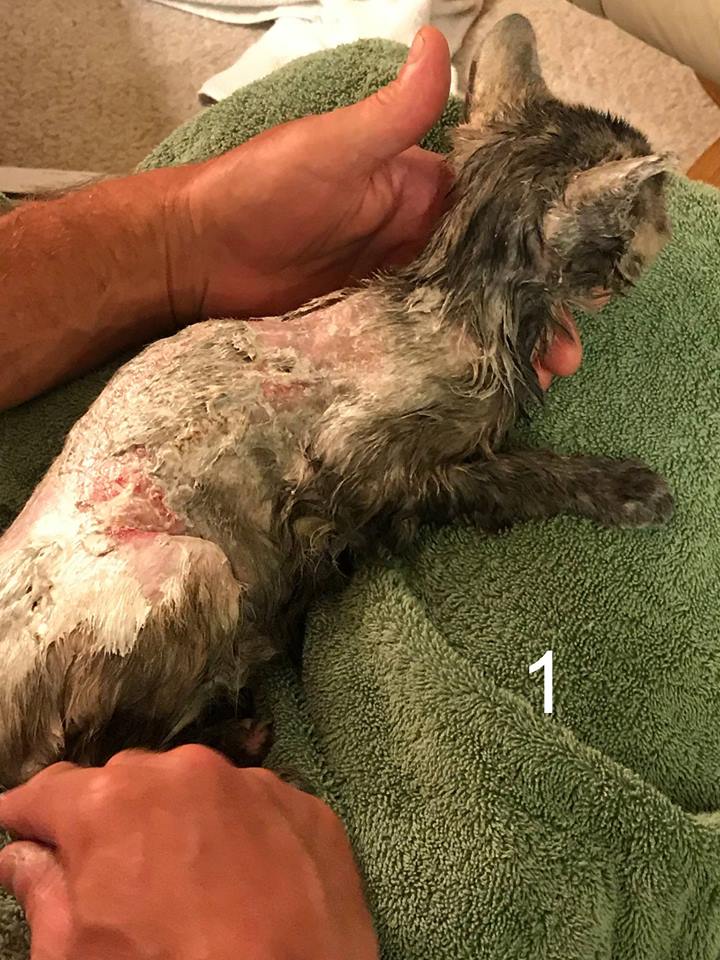 According to a Facebook post from the Kenosha Forgotten Friends, "All of us were totally disgusted by the condition of this poor little girl and how anyone could do this, as it was clearly an act of malice. She was literally doused in some chemical."

The shelter posted an update on the kitten's condition on Monday. Phoenix is recovering, responding very well to the antibiotics and pain medications, has a great appetite, and is tolerating her treatments. It looks like she's going to be okay.

Otherwise, checks can be sent to Checks can also be sent to:
Kenosha Forgotten Friends
PO Box 831
Kenosha WI 53141