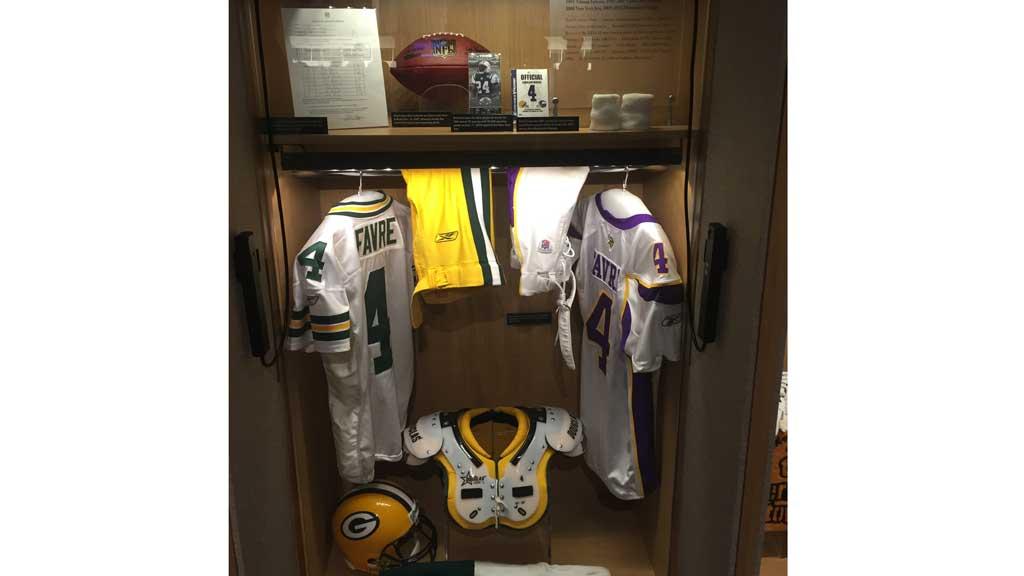 The longtime leader of the pack is taking his rightful place in NFL history this weekend.

Brett Favre will be inducted into the Pro Football Hall of Fame.

Sports Director Kevin Holden is in Canton, Ohio for the ceremony and celebrations.

"It's bigger than it used to be. We've got a stop light now."

Stevie Haas, owner of the Broke Spoke Bar in Kiln, Mississippi, sums up Brett Favre's hometown perfectly. Also, if you read the town name with an "n" sound, you read it wrong. The "n" has disappeared, softened and buried like mossy oak branches in the bayou. It's "Kill", and more specifically, "The Kill". It may sound like a switch on a race car, but in reality, time slows down in Brett Favre's hometown... and that's meant in the highest form of compliment.

At that one stop light, there's a concrete wall on the side of a gas station/convenience store. "Kiln, Mississippi: Home of Brett Favre" it proclaims proudly, with the signatures of adoring fans from coast to coast adding to the artwork. You can walk in, ask for a sharpie, and sign the wall, free of charge. The smiles are free too, and they are everywhere, including the faces of the men who are gathered at tables inside the convenience store, talking about the weather or hashing out the news of the day.

Al Jones grew up in this area, spending his teenage years zipping through the back streets of bayou country with his lifelong friend Brett Favre. Jones took us to Favre's boyhood home, much of it still untouched, Brett's mom Bonita smoking a cigarette on the front porch. Jones also took us on a backcountry drive that I could never recreate alone, on twists and turns over rolling Mississippi meadows, to a place called Taranto's for the best crawfish meal around: "the real bugs", as Al called them.

Kiln has a richness that economic indicators miss, a deep bond between residents and friends that a speeding car misses as whizzes by the one stop light.

Check out Kiln, and much more about Favre's roots, in our "Favre: Making Of A Legend" special tonight at 7:00 on CBS 58.