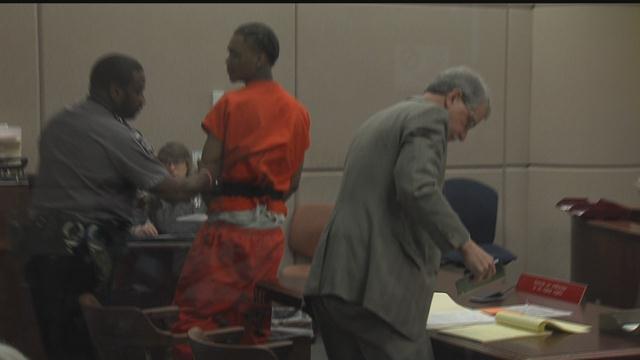 A key witness in the Laylah Petersen murder case was in court Wednesday morning.

Divonte Forbes, 22-year-old, was facing 13 felony charges for an unrelated shooting that same night.  He entered a not guilty plea today and was bound over for trial.

Prosecutors said he was in the car with three other men when they rolled up to a house last year and opened fire, killing 5-year old Laylah who was sitting on her grandfather's lap.  Police said the house was not the one the suspects intended to shoot.