Kerry defends absence from unity rally, will go to Paris on Thursday 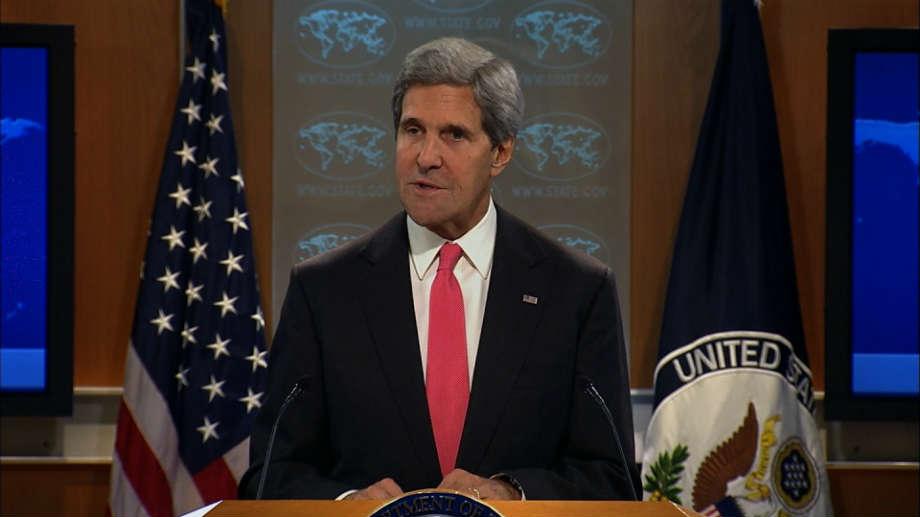 WASHINGTON (CNN) -- U.S. Secretary of State John Kerry defended the Obama administration against criticism for not having a high level official attend a unity march in Paris and said he will head to France on Thursday.

Kerry called the criticism \"quibbling\" when asked about the absence at the anti-terrorism rally Sunday. At least 3.7 million people attended the event -- including 40 world leaders -- in a show of solidarity against the terror attacks in France over the past week.

\"The U.S. has been deeply engaged with the people of France since this incident occurred,\" Kerry told reporters, adding that the United States has offered intelligence and law enforcement help.

Kerry made his comments from India, where he was attending an entrepreneurship summit with new Prime Minister Narendra Modi -- with whom the United States is hoping to develop much closer trade ties.

\"I've been here in India for a prior planned event, would've personally very much wanted to have been there (in France) but couldn't do so because of the commitment that I had here,\" Kerry said. \"But that is why I am going there on the way home, to make it crystal clear how passionately we feel about the events that have taken place there.\"

Kerry expects to leave on Thursday and arrive in France on Friday.

French President François Hollande's office also defended Obama. A senior official told CNN's Christiane Amanpour that the U.S. president has been \"very present\" since the attacks, noting that he was one of the first leaders to call Hollande last Wednesday.

The official also pointed to Obama's visit to the French Embassy in Washington last week. \"For us It was an emotional moment of solidarity,\" the official said.

Attorney General Eric Holder was in Paris attending a security summit on combating terrorism. He recorded interviews that appeared on several U.S. news outlets Sunday, but was not spotted at the unity march.

France is the United States' \"deepest ideological ally,\" he said, and it would have been a meaningful image to have a senior administration member, or the President, standing shoulder to shoulder with other leaders.

Zakaria noted that security concerns didn't dissuade Netanyahu or Abbas or other leaders from showing up. But Obama's absence did show that the struggle against radical Islam is \"not all about America,\" Zakaria said.

\"Many people have tended to think that Islamic terrorism wouldn't exist without America,\" Zakaria said. \"This is really a struggle between the civilized world and a band of extremists. Even if you take the U.S. out of it ... the civilized world is up in arms.\"

And Jake Tapper, host of CNN's \"The Lead,\" said American leaders were conspicuously absent from historic Paris rally, perhaps the most important public demonstrations in Europe in the last generation.

Tapper not only called out the President and his administration, but also prospective 2016 hopefuls from both parties, for missing the opportunity to share in the global moment.

The White House also announced Sunday that it will host a February 18 summit aimed at countering violent extremism.

White House Press Secretary Josh Earnest said that event will \"highlight domestic and international efforts to prevent violent extremists and their supporters from radicalizing, recruiting or inspiring individuals or groups in the United States and abroad to commit acts of violence, efforts made even more imperative in light of recent, tragic attacks in Ottawa, Sydney and Paris.\"

He said the summit will include presentations, panel discussions and small group meetings, focused on the local, state and federal government levels.

Asked about the rally, U.S. Sen Marco Rubio, R-Florida, said Monday that \"it was a mistake not to send someone.\"

The senator, who's mulling a presidential bid, said on CBS' \"This Morning\" that he understands that the president's security detail can be problem in mass gatherings like the rally, but suggested Holder or Kerry should have gone in his place.

\"I think in hindsight, I would hope, that they would do it differently,\" Rubio said.