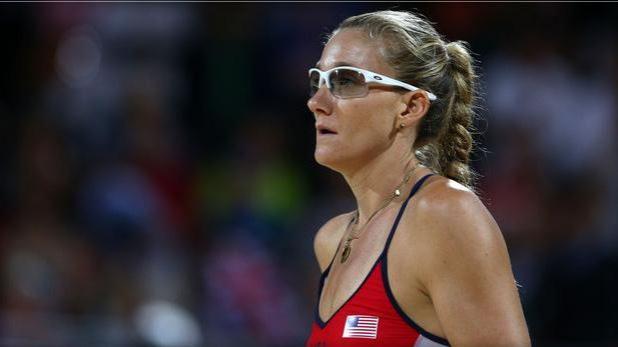 Walsh Jennings said in a 950-word Facebook post on Wednesday that she and her husband, Casey Jennings, are both skipping the event in Chicago this weekend.

One rule to be tested would give a server another service attempt if their first one hits the net and falls inbounds, much like on a serve in tennis. Under the current rule, the ball is in play.

“This has never happened since I started playing this game 15 years ago (for good reason), and it’s crazy to me that the AVP would choose their “Championships” to test out some new rules,” Walsh Jennings wrote.

The other rule would prevent a team from winning the match unless it is serving.

AVP owner and commissioner Donald Sun did not immediately respond to an email seeking comment.

Walsh Jennings said on Facebook the reason behind the rule changes is that ownership wants to make the game “more compelling.”

“I believe that the popularity and the love our sport garnered at the Olympics 2 weeks ago, shows that our sport is already highly compelling,” she said. “But again, it’s not about the rule changes themselves, it’s about the lack of proper process and athlete input.”