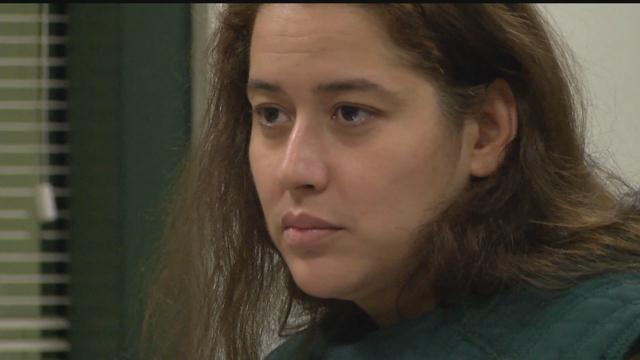 A Kenosha woman is in jail tonight charged with attempted first degree murder.

Police said she ran into a home and stabbed a 12-year-old girl multiple times all while exclaiming about Satan.

According to the criminal complaint, police found Jennifer Hernandez with a knife in her hand-and admitted to them she was trying to kill the little girl.

“I didn’t feel anything until the blood started dripping down my back. Like I didn’t even know she stabbed me. It was just chaotic,” said the 12-year-old.

She said she was headed to a birthday party & forgot the gift inside.

She ran back to the house to get it-and was followed inside by Hernandez.

“I opened the door and she grabbed my left arm and stabbed me twice and threw me on my couch,” said the 12-year-old.

The family said Hernandez is a total stranger and along with neighbors they chased her out of their home on 88th street.

“My wife’s in the kitchen with a frying pan trying to get her the hell out of the house. I’m saying who the f are you.  She was talking about Lucifer raping people. So I know she is psychotic,” said the father of the child.

The 12-year-old is expected to recover.

According to the criminal complaint, when police caught her she said, “They were raping a kid in the window and I went in there and started stabbing them.”

On Monday, a much quieter Hernandez sat in court.

She was charged with attempted first degree murder, armed burglar and aggravated battery.

Her attorney requested a competency hearing.

She was diagnosed as schizophrenic and manic depressive.

The judge granted the competency hearing and set bail at $250,000.

Hernandez is not allowed any contact with the family.