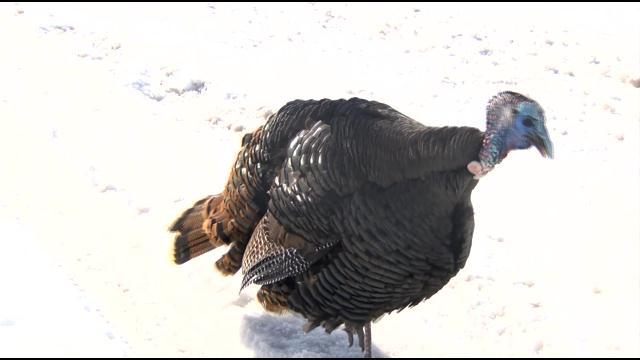 There's a new local mascot that may just give the Hank the Brewers ballpark pup a run for his money and his name is Chuck.

\"A lot of people know who this turkey is,\" said Kenosha County Sheriff David Beth.

You don't know chuck? Well, let us introduce you.

\"People are here with cameras. They pull up and check him out every single day. They check him out and get pictures of him,\" said Beth.

Camera shy? Not chuck. He inched closer and closer to our camera to get a better look, and struck a pose without us even asking.

Beth spotted him a few months ago.

\"He got the name Chuck from my kids, we would see him every day on the way to school,\" said Beth.

Others also called him Chuck. He's popular because he's made this bench off of 75 North his home.

\"He just kind of hangs out on this big bench. Not too far away is a great school, and he goes and visits the kids and they can hear him,\" said Beth.

He has also grown to love Chuck.

\"I've thrown a little mixture of birdseed to him.\" said Paulowske.

Several people stop on the side of the road to take pictures of Chuck, some even bold enough to get close and try and feed him.

\"He's been out here morning, noon and night, in the rain, in the cold and in the snow,\" said Paulowske.