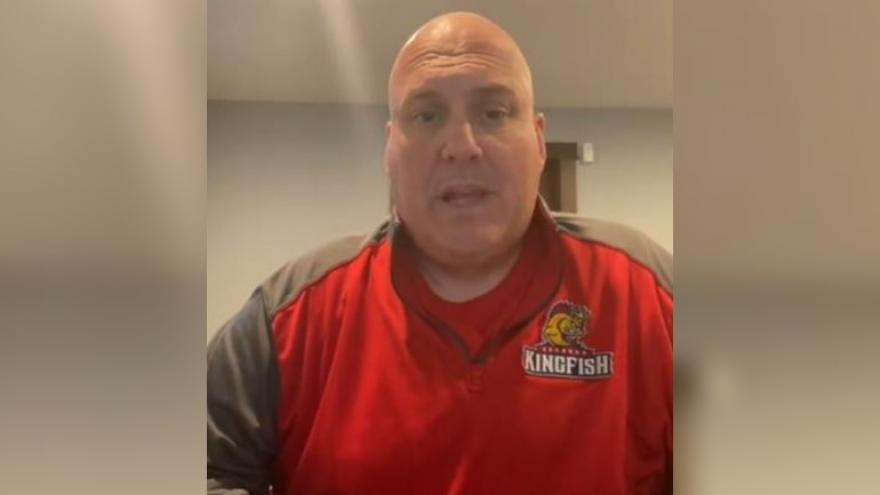 KENOSHA, Wis. (CBS 58) -- Kenosha Fire Chief Guy Santelli shared a powerful plea to the community after revealing he tested positive for COVID-19 but didn't experience any symptoms at all.

In a video shared to the Kenosha County Government Facebook page, Chief Santelli -- who is 49 -- said he and his 56-year-old brother went hiking together a few weeks ago.

After both men returned to work, Santelli got a call from his brother telling him he had a scratchy throat, so he took multiple rapid COVID-19 tests and all returned a positive result.

Santelli said he immediately went and got a test and learned his results were also positive but he had no symptoms.

"That's why I wanted to share my story," said Santelli. "A lot of people aren't understanding asymptomatic. I don't have a sore throat, I didn't lose my smell, I still taste fine, I don't have a headache, I don't have a cough, and I feel fine. But I still contracted it."

Santelli is now in quarantine for ten days until he is able to get back to work. He is staying in his basement away from the rest of his family members.

"A lot of people being asymptomatic think it's OK to go out and get things done and that's farthest from the truth," Santelli said. "People. This is affecting everybody differently. Please, go protect yourselves and go get tested."

Watch the full video below: