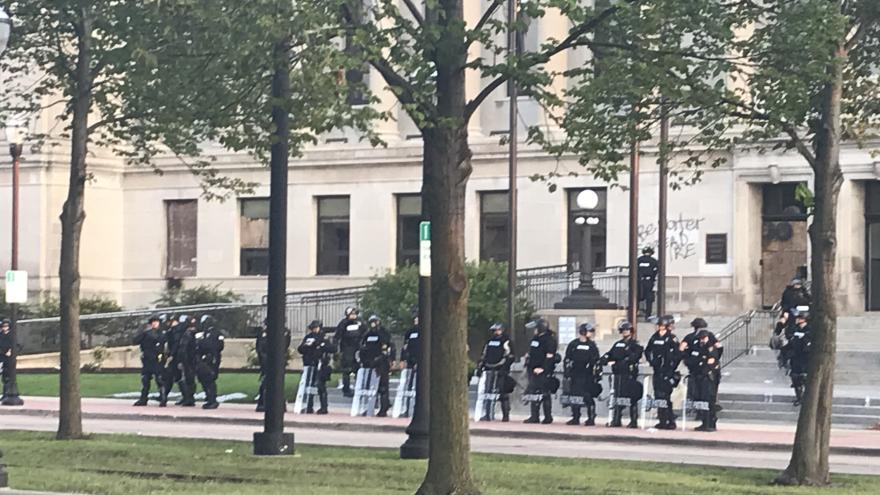 The curfew will be in effect from 8 p.m. on Monday, August 24 through 7 a.m. on Tuesday, August 25. The curfew applies to the area east of Interstate 94. According to the county, the public needs to be off the streets.

A similar curfew was ordered on Sunday, August 23.

The shooting that left a man, now identified as Jacob Blake, in critical condition. Blake was shot near 28th Avenue and 40th Street Sunday, after officers were called for a "domestic incident."

Graphic video of the shooting circulated social media showing Blake walking away from police and getting into an SUV. One officer is seen holding Blake's shirt, and then seven gunshots can be heard.

Governor Tony Evers announced at the request of local authorities, he is authorizing the Wisconsin National Guard to support local law enforcement in Kenosha County.

The National Guard will be used to help protect critical infrastructure and maintain public safety while allowing the ability of individuals to peacefully protest.

"I know folks across our state will be making their voices heard in Kenosha and in communities across Wisconsin. Every person should be able to express their anger and frustration by exercising their First Amendment rights and report on these calls to action without any fear of being unsafe," said Evers in a statement. "This is a limited mobilization of the National Guard focused on supporting the needs of local first responders to protect critical infrastructure, such as utilities and fire stations, and to ensure Kenoshians are able to assemble safely."