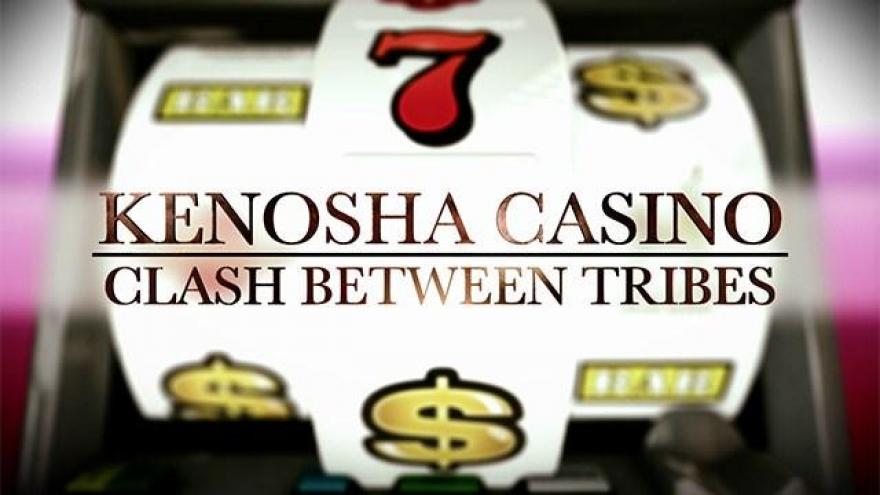 Menominee County, Wisconsin - A chorus of young voices can be heard in the hallways of an aging school building on the Menominee Reservation in Menominee County, Wisconsin.   Students in grades kindergarten through 8th are learning their native language.  "It helps to keep our culture strong, and it helps to bring us together as a community," said Shannon Chapman, principal and administrator of the Menominee Tribal School.  Like a number of other school employees, Chapman must wear many hats.  There is a desire to expand the school to include grades 9 through 12, make building improvements and add staff, but funding from the tribe, state and federal governments is limited.  "We just struggle with even providing the basic services for our people," said Laurie Boivin, Menominee Tribal Chairwoman.  Menominee County has the state's highest percentage of children in poverty, highest teen birth rate and single parent households.  The county also ranks last in overall health and has the highest unemployment rate.  Tribal leaders have been working for more than a decade to get the go-ahead to build an $800 million casino and entertainment complex in Kenosha.  Boivin says, "what this would do for us is basically give us the opportunity to help raise our people out of poverty."

About an hour north of the Menominee Nation is the home of the Forest County Potawatomi Tribe.  During the past two decades, the tribe and non-native community have benefited tremendously from the success of the Potawatomi Casino in Milwaukee's Menominee Valley.  "We built up our infrastructure and we are no longer relying on handouts from the local government or state government," said Jeff Crawford, Forest County Potawatomi Attorney General.  The tribe employs more than 600 people in Forest County and contributes annually to the surrounding community.  "Through the Potawatomi Foundation, they have given millions back to our county.  The schools have received money, the Lions Club, the chambers, you know all these different entities," said Joshua Jameson with the Forest County Chamber of Commerce.  But Jameson points out there is much work to be done.  Despite the improvements, Forest County still has the state's 12th highest unemployment rate, and ranks near the bottom in terms of overall health.  "People struggle, and we're still struggling.  If those 150 jobs are gone, 11 to 15 percent unemployment rate in our county...what's going to happen?  It scares us."  Potawatomi leaders say a Kenosha Casino would result in the loss of 150 of the tribe's 600 jobs in Forest County.

Governor Walker has the final say.  He has a mid-February deadline to make a decision.