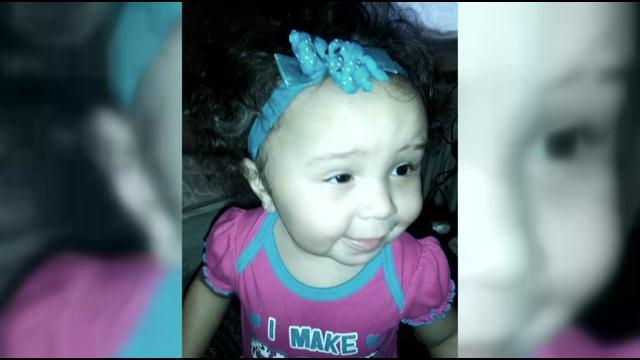 \"I think kids are vulnerable because they are so dependent on us to take care of them and when you have someone who wants to use them to hurt someone else, it's a dangerous situation,\" said Carmen Pitre of the Sojourner Family Peace Center in Milwaukee.

More than three million children are trapped in the volatile home of an abuser. 60% of them will be hurt or even killed in the process.11-month-old Serenity Rose is one of those children: brutally beaten until her cries were silenced.

A similar domestic violence situation happened recently in Milwaukee---a mother violently jammed Q-Tips in her 15-month-old son's ears, rupturing both ear drums. She wanted to get back at the child's father.

Pitre says it's not uncommon for children to be caught in the crossfire.

\"I'd like to believe in my mind, as a human being, that it rarely happens, but that's not the case,\" she said.

According to the Department of Justice, three children die every day as a result of abuse within the home. Pitre says leaving is easier said than done, because many abused women have no money or support.

She says reminding those women of the trauma being inflicted on their children is often the only way to convince them to leave at whatever costs.

\"WE have to be the ones to open the door and say, you know what, you're not alone. I will help you. I will figure out how to help you get out of this circumstance.\"