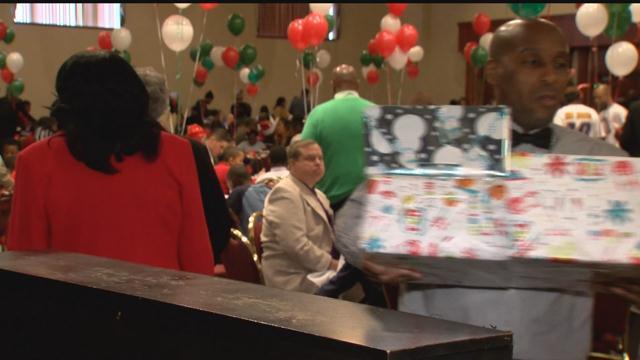 The 45th Annual Johnetta Borum Christmas Party for Deserving Children was Friday at the Italian Conference Center in Milwaukee.

It was a touching a scene as hundreds of children and adult mentors, including Milwaukee Police Officers, had their heads bowed in prayer.

It was then down to a splendid buffet of hot food and Christmas treats.

What would Johnetta Borum have thought to see it today?

The letter carrier first came up with the idea back in 1971.

Then it was for a couple dozen kids at LaFollette School.

Even after her tragic passing of a heart attack while heading to work, the legacy of giving is carried on by her colleagues, friends from church and admirers from afar who gathered on this day in 2016 to treat nearly 300 children to a feast and party.

Jonathan Saffold is Pastor of Ebeneezer Church of God in Christ. He told CBS 58 News that after Johnetta's death, they wanted to do something.

They worried that they would never be able to pull it off with the flare of their now departed friend.

But then they thought it would be the only proper way to pay tribute.

Santa Claus was on hand to take photos and give hugs.

Ronald McDonald brought some cheer while elves helped face paint candy canes and other cute designs on the children's faces.

And somehow, many knew, that an angel from above was also looking down to guarantee delivery.