'Keep the Change' Initiative On Hold For Now 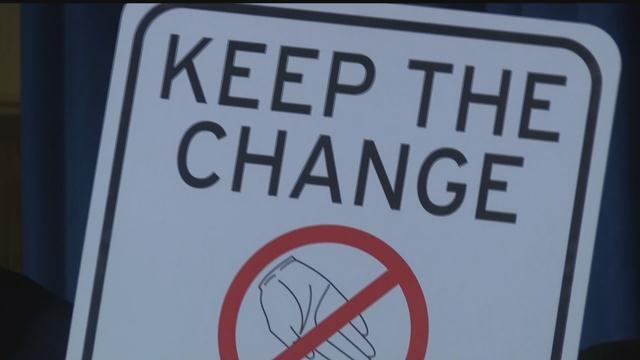 Keep the change. That's the idea behind an initiative aimed to stop the number of panhandlers in the city of Milwaukee. It was a topic of discussion at the Milwaukee public safety committee is meeting Thursday morning.

The ‘Keep the Change’ initiative was voted to be put on hold after committee members couldn't agree on its current format while others would like to see a little bit more research.

The idea is spearheaded by alderman Terry Witkowski. He says the city of Milwaukee has seen an increase in the number of people asking for donations at intersections near off ramp's and on medians.

He says all he understands the city has a homeless population that requires funds, but investigative reports nationwide have found anyone can panhandle, and make decent money. He doesn’t want people taking advantage of the situation.

The initiative is an educational program that encourages others to donate to charities instead of directly to people on the streets.

It's modeled after similar initiatives across the country.

There were concerns it overlooks the homeless population. There were also questions about the cost to roll out the program.

Alderman Terry Witkowski said, "I will ask our research bureau to look up the effectiveness in other cities. And I will work with the department of administration to see if there are any fiscal cost that they will have over and above their existing budget to carry out a program like this."

?The initiative will likely be brought up in the public safety committees next meeting.