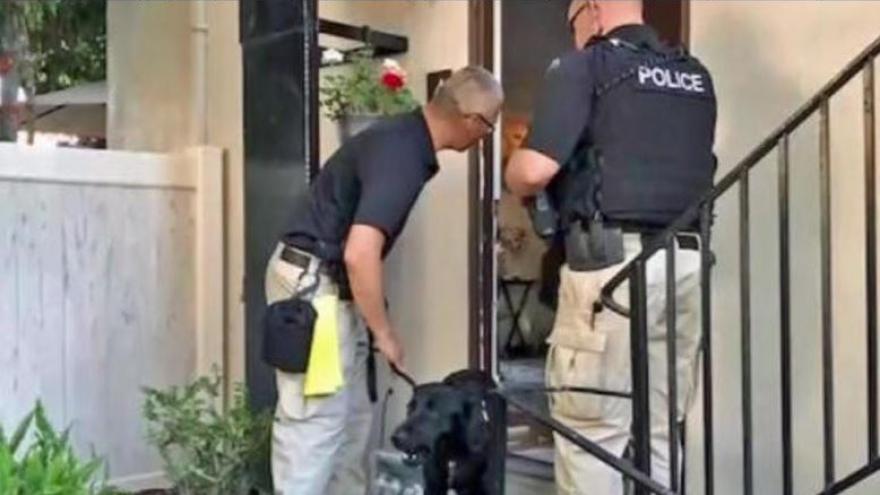 CONCORD, Calif. (CBS News) — A Bay Area student has been accused of hacking into his school's computer network to change grades. CBS San Francisco reports Concord police say it started with a simple e-mail from an Ygnacio Valley High School student to his teachers.

"[The suspect] made an e-mail that looked like a Mount Diablo School District site asking to log in to refresh your password or reset something and, when one of the teachers did it, he captured their log-in information," Concord police Sgt. Carl Cruz told CBS San Francisco.

Using those passwords, police say the young man hacked into the school computer and gave himself better grades as well as changing the marks of others.

Police say they traced an electronic trail to the suspect's house and searched it on Wednesday. There they found key pieces of evidence with the help of a Contra Costa County K-9 officer.

"Doug the dog — he is one of the few canines who is trained to sniff out hidden electronics and that's what he did. He actually located a hidden thumb drive in a box of tissues," Sgt. Cruz said.

Police have not released the suspect's name because he is a juvenile.