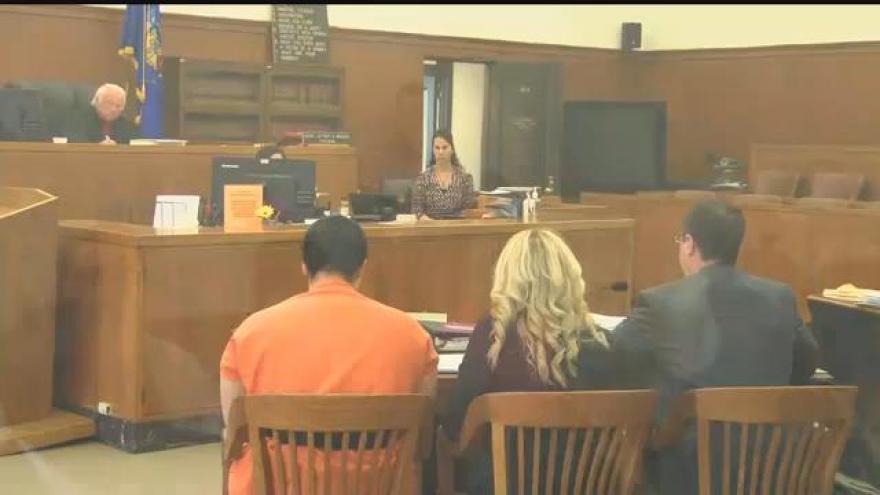 A judge handed down 20 years to Justin Sykes who pleaded guilty to reckless homicide earlier this year.

His lawyer told the judge during the sentencing hear Friday that Sykes suffers from bipolar disorder and prior to killing had a productive life.

Sykes' mom and aunt both spoke to his character as a good person with a troubled mind.

The grandmother of the victim also gave a lengthy, emotional statement.

\"It was like a horror story,\" Theresa Schwager told the court. \"I wanted to throw up. What a monster. It was just like Jefferey Dahmer. Why? She was such a kind, generous soul.\"

Afterward, Sykes apologized to her family.

\"I realized I was not all there at the time afflicted with mental illness,\" Sykes told the court. \"But that's no excuse. My bad choices led to your suffering.\"

The 23 year old was found stuffed in a storage bin at a home just off of Brady Street on Milwaukee's east side.

\"From the bottom of my heart, I didn't mean for any of this to happen.\"

She was the one who tipped off police after a friend of Justin's came to her with a wild story about something that had gone terribly wrong.

\"I have and Justin's loved ones have shed so many tears,\" said Tara DeLara. \"Not just for Justin, But, for Kayla. From one mother to another, I want to say how very truly sorry we are for your loss.\"

We'll have more from the emotion filled courtroom on the CBS 58 News at 4.