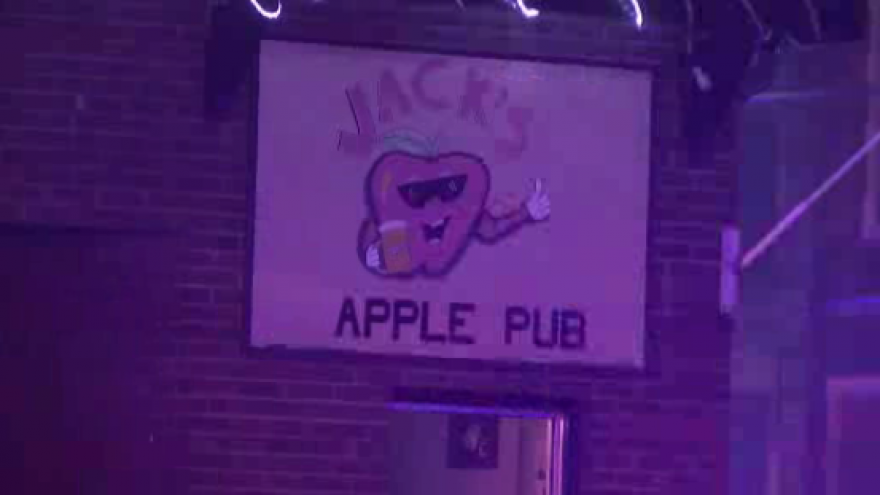 APPLETON, Wis. - (WFRV)  "Until I get justice, I am going to fight for my brother," said Cynthia Howard, the sister of Jimmie Sanders.

On Friday it was announced that Appleton Lieutenant Jay Steinke was cleared of wrong doing in an internal investigation.

Saturday, the family of Jimmie Sanders says justice is not being served.

Family members and friends gathered at Jack's Apple Pub, the scene of the shooting, to demand justice.

Sanders was shot by Steinke in May after suspect Henry Nellum allegedly fired a gun in the bar.

Lieutenant Steinke reportedly fired his weapon four times in the direction of Nellum, hitting Sanders instead.

But Saturday, those demanding justice say that they have questions that still need to be answered.

And Tory Lowe, an advocate for the family, says that he doesn't believe Lieutenant Steinke followed the correct protocols.

Both Tory and Cynthia do not agree with how the case is being handled and say it's an injustice for Jimmie.

"You go from being the gunman to helping be a hero, and then you go to being an innocent bystander. None of it makes sense," said Cynthia on Saturday.

Tory added, "When it was time to protect and serve, [Steinke] killed an innocent man and he did it without following protocol. Did not announce that he was there, didn't give any commands."

Schneider pointed out in pictures that Lieutenant Steinke was in a situation that quickly got out of control.

"Lieutenant Steinke has fired at this point, I believe two of the four rounds, if not all four," said DA Schneider. "You can see one of his hands is raised literally shooting over the shoulder of this female as she continued to push him back out the door. And these males back here are also trying to get out the door."

Henry Nellum is charged with the death of Sanders. He's scheduled to be in court in September for a status hearing.

Dree Sullivan is also being charged after hiding Nellum's gun.