June ends as 10th warmest on record and below on rainfall

NOW: June ends as 10th warmest on record and below on rainfall

Welcome to July! The warm month of June ended on a a warm and humid note which is a trend that will continue for at least the next ten days. When looking back at June it started chilly then hot. The coldest temperature of 48* happened just 36 hours before the hottest temperature of the month at 93*. The average temp for the month came in almost 4* above average. 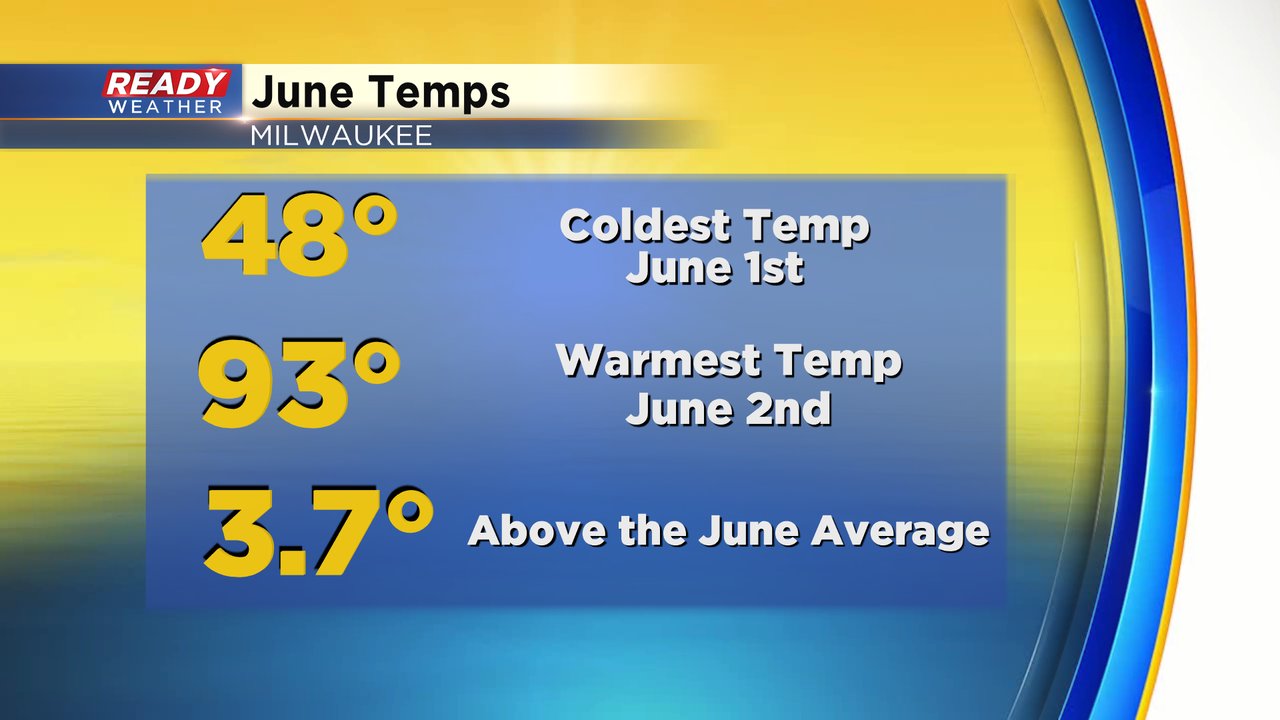 June had plenty of warm days in the 80s and ended up as the 10th warmest June on record with an average temperature of 69.9*. 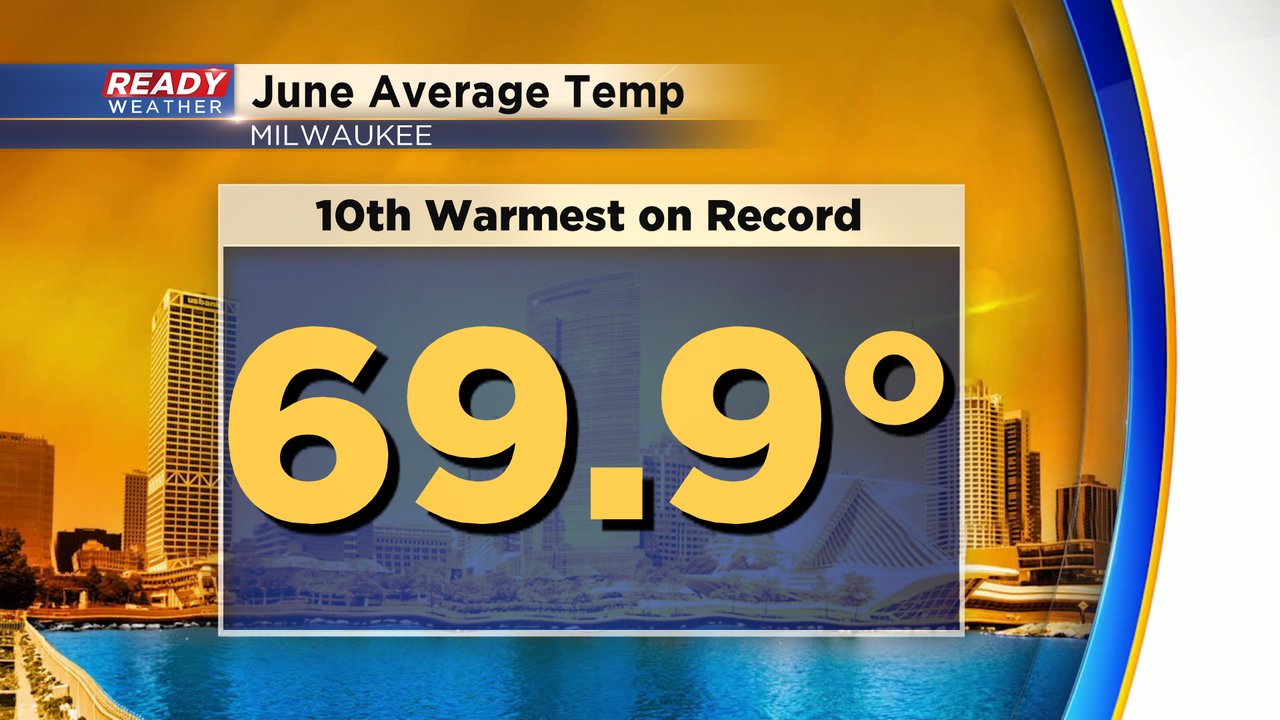 We had some decent rainfall in June but ended below-average. We picked up almost 3" of rain which is almost exactly one inch below-average and well below the very wet June we had in 2019. 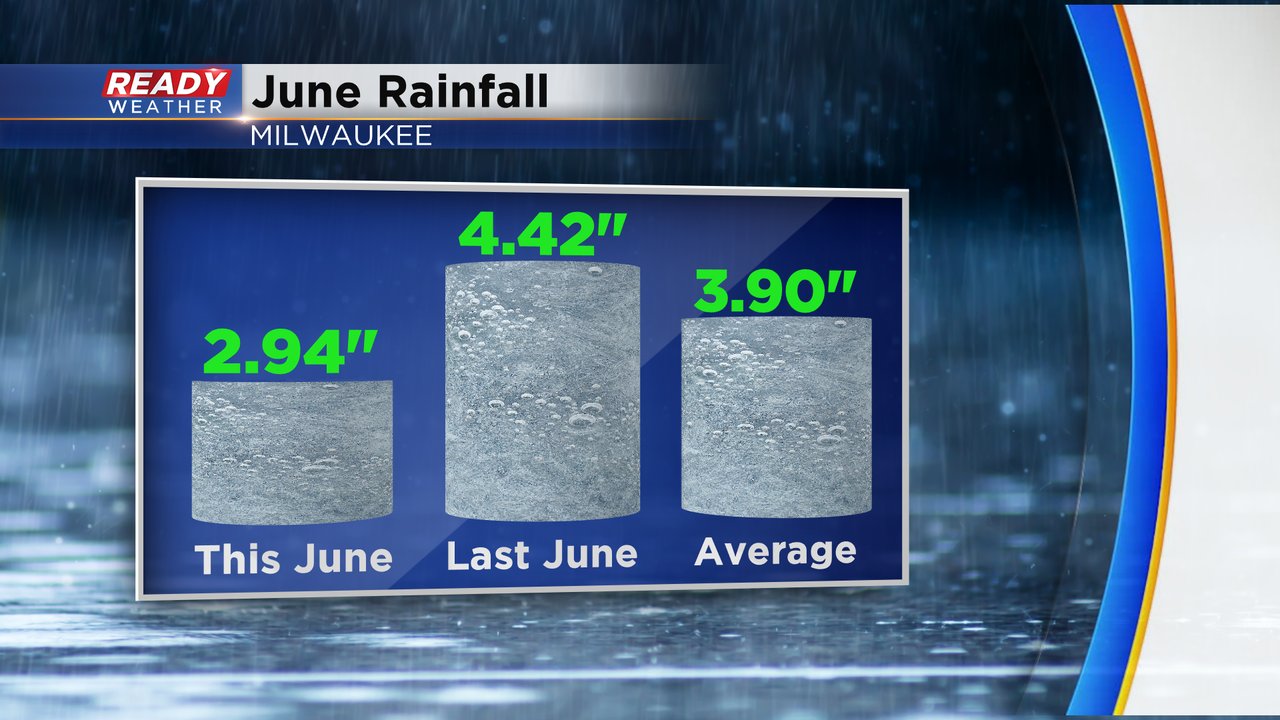 But now June is behind us and July has arrived. July is our warmest month on average with the average high temperature staying at 80* for most of the month. It's also the month where Milwaukee has recorded the hottest temperature on record - 105* on July 24, 1934. July is the third wettest month on record with over 3.50" of rain. 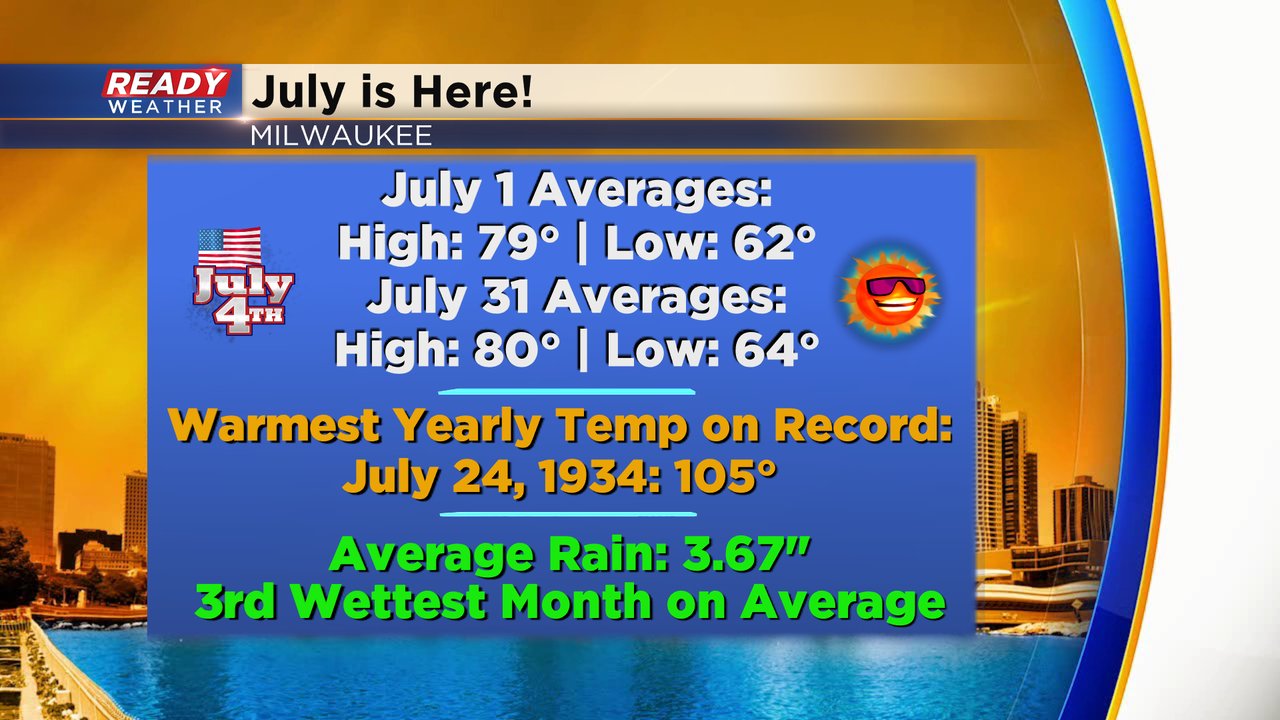 Download the CBS 58 Ready Weather app to see how the first 10 days of the month will shape up.