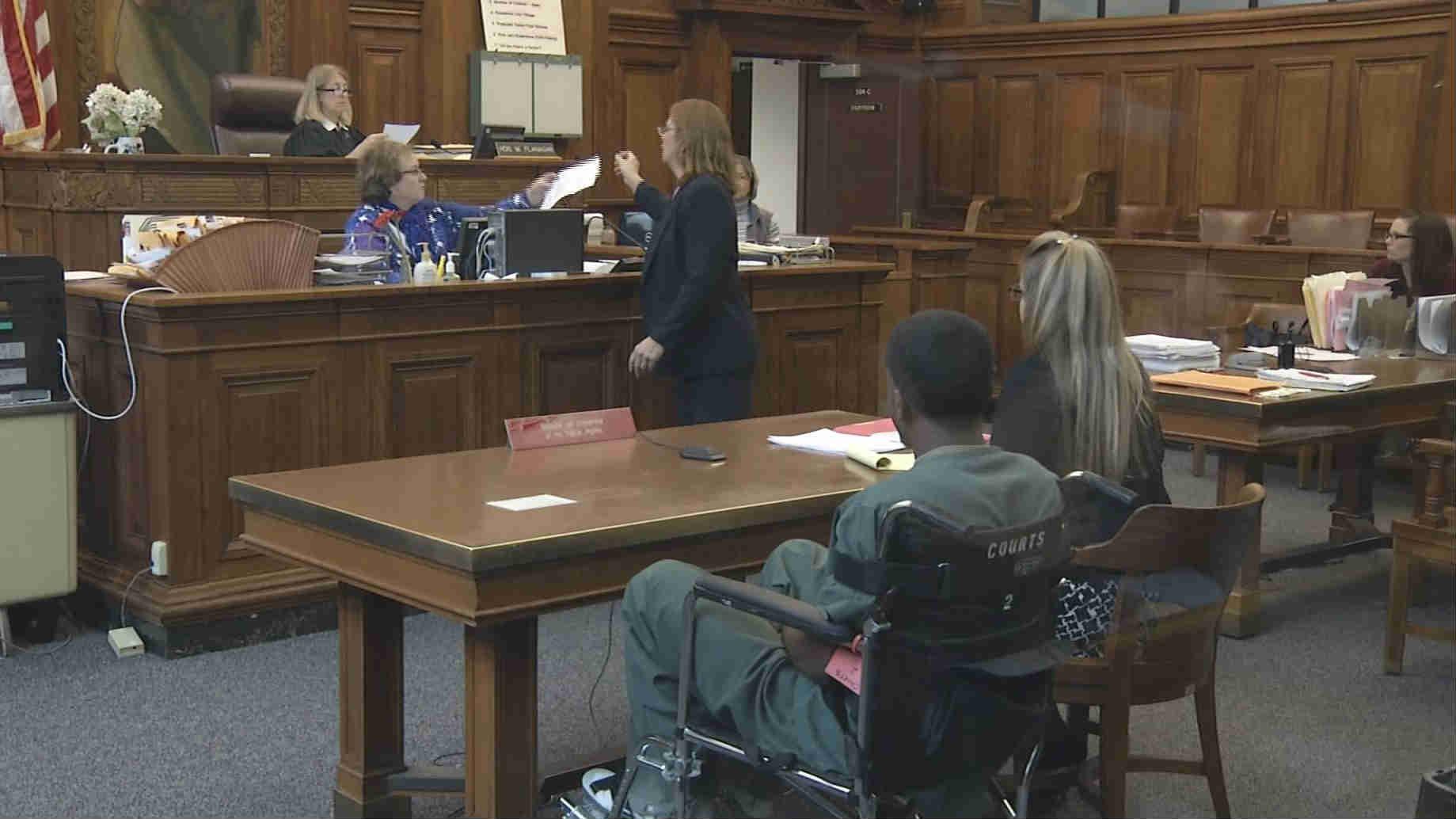 The man shot and wounded by Milwaukee police inside Children's Hospital one year ago will serve the next 10 years of his life in prison.

On two counts of felony bail jumping and possession of a firearm, Hendricks received three years in prison for each. Jail time for those three charges will be served concurrent to each other, or, all at the same time. After that, he must serve two consecutive years, one year each, for child abuse and resisting an officer.

The charges stem from an incident inside the neo-natal unit of Children's Hospital. On November 14, 2013, Hendricks was in a private room visiting his pre-mature son, when Milwaukee police officers walked in to arrest him on a warrant.

In court Friday, Hendricks' lawyer said her client was “scared, shocked and nervous” at the sight. The criminal complaint states, Hendricks panicked and he dropped his newborn baby he was holding. He ran from officers down a hallway, but eventually came to a dead-end. At that point, Hendricks decided to turn around and run back toward officers, threatening them with a gun.

Officer Matthew Thompson testified those actions forced his colleagues to take drastic actions to protect their lives and the lives of others. Officers shot and wounded Hendricks in the arm, allowing them to make an arrest. Afterward, Hendricks' son was found on the floor in a hospital room. He suffered a skull fracture.

Hendricks briefly addressed the court during his sentencing hearing. He apologized for his actions, saying he never intended to hurt anyone and regrets making a “stupid decision.”

The court also heard testimony from the mother of his son, his mother and grandmother, all of whom expressed their condolences. The child, who was also in court, is healthy and doing well.

Judge Flanagan said she doesn't believe Hendricks intended to hurt anyone, but was only thinking about himself the day as he was running through the hospital. She put no restriction on Hendricks' contact with his son while he's in jail.

Meanwhile, an officer who was injured during the incident has not returned to work. It was stated in court he may need another surgery.