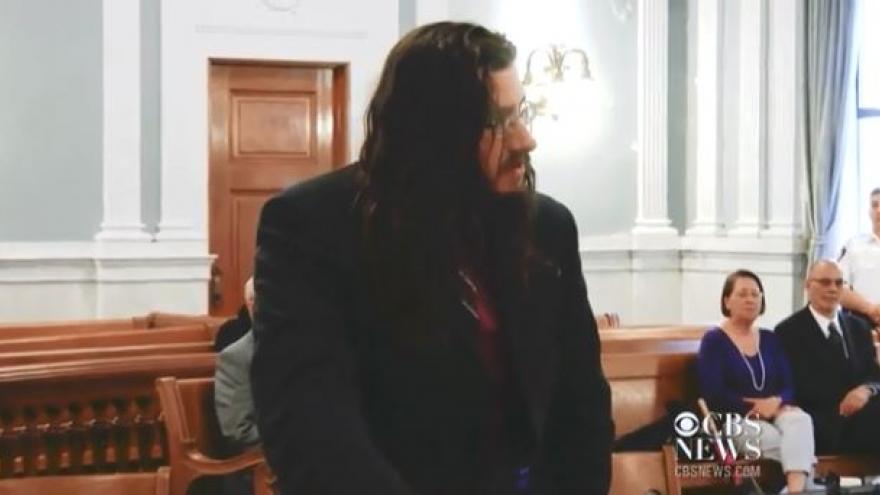 (CBS NEWS) -- After their notes, advice and gifts of cash went unheeded, two parents turned to the law to move their adult son out of their house.

On Tuesday, a judge sided with Mark and Christina Rotondo, and said their 30-year-old son needs to leave.

The son, Michael Rotondo, had been living in his parents' house for eight years. He called the ruling "outrageous" and said he would appeal the decision.

The Rotondos, who live in Camillus, New York, started leaving notes for their son, Michael, in February.

"After a discussion with your Mother, we have decided that you must leave this house immediately. You have 14 days to vacate. You will not be allowed to return," reads a note dated Feb. 2, according to CBS Philadelphia.

"You are hereby evicted," a Feb. 13 note reads. "You have heretofore been our guest and there is no lease or agreement that gives you any right to stay here without our consent."

A subsequent note offered Michael $1,100 cash as an incentive to move and also encouraged him to get a job. "There are jobs available even for those with a poor work history like you. Get one -- you have to work!" they wrote.

It continued, "If you want help finding a place your Mother has offered to help you."

That offer seems to have gone unheeded, as the couple has since filed a petition with the state supreme court to remove their son from the house.

Michael contended that his parents didn't give him enough time to leave, but a court on Tuesday sided with the couple and evicted Michael.

While few millennials may ever face legal action by their parents, Michael's housing situation is far from unique. A record number of young Americans live with their parents, according to a recent report from Trulia, while Americans overall are moving at historically low rates.