Jordy Nelson will Not Play Tonight 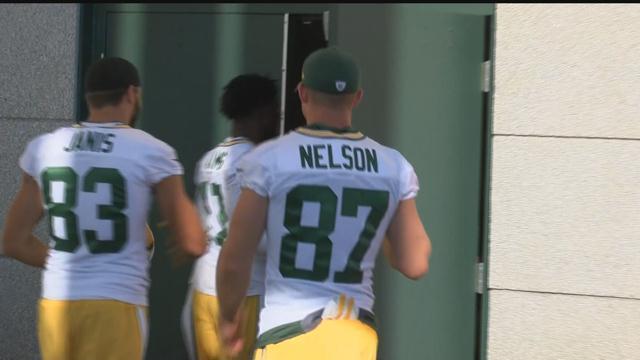 The Packers are gearing up for their second preseason game tonight at Lambeau Field.

Multiple reports out now that both Clay Matthews and Julius Peppers will interview with the NFL.

This is coming a couple days after the league issues an ultimatum, saying they must interview by August 25 or face suspension.

This comes after the December report from Al Jazeera that they were among the players that have used performance-enhancing drugs.

One of those guys won't be Jordy Nelson.

The receiver activated yesterday from the physically unable to performer list, but he will not play tonight.

If anything, the earliest we could see him is Saturday when they practice again.

Jordy has not played football since his ACL injury last preseason in August of 2015.

Tonight's game is on our sister station, WMLW- The M.

If you get your tv over the air that's channel 49 point one.

For Time Warner cable customers you'll find it on channel 7 or 1007.