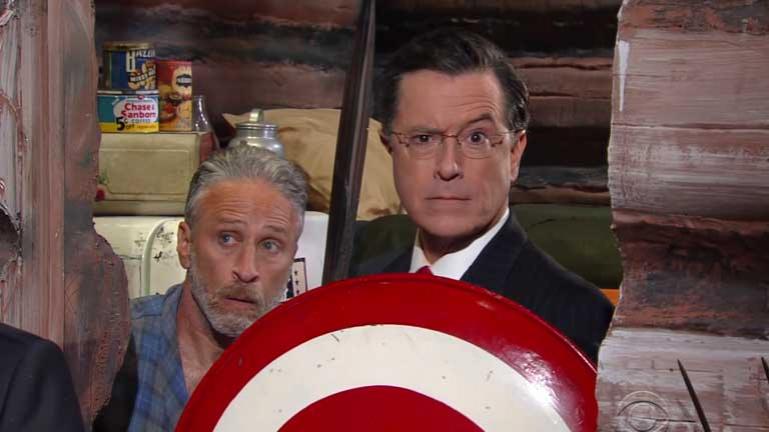 On the first night of the Republican National Convention, Jon Stewart appeared on The Late Show with Stephen Colbert.

The skit was described as, "Unable to explain the success of Trump's campaign, Stephen seeks out Jon Stewart for advice interrupting the former "Daily Show" anchor's blissful, kale-fueled isolation."