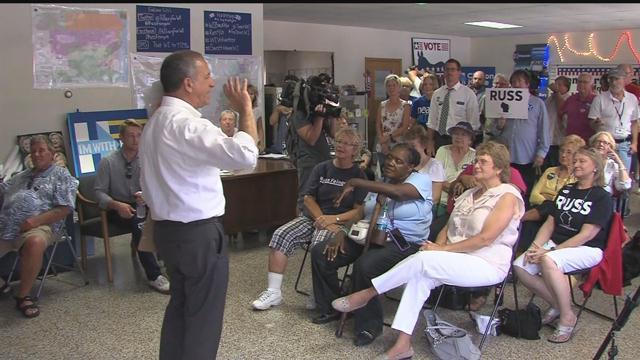 CBS 58-- The U.S. Senate race in Wisconsin will be a rematch of 2010, only this time Sen. Ron Johnson is the incumbent, and Russ Feingold is the challenger.

The candidates were out on the campaign trail Tuesday. Feingold was in Racine.

"We're not going to let Donald Trump set the tone. We're gonna set the tone and the tone is all about making sure the people are able to live their lives in an honor and decent manner when they work hard," Feingold told supporters. "Sen. Johnson has consistently voted against the interest of working families and middle class families. People know i would support increases in the minimum wage."

Meanwhile Johnson was in Waukesha.

"The number one solution for all these problems whether its' a deficit, whether it's our military, defeating ISIS, securing the border, we have to grow our economy," Johnson said. "We're not even close to realizing the full potential of this economy because of the regulatory overburden, uncompetitive tax system, one side of the aisle that wants to drive up the cost of power- those are crazy policies."

This is one of the most competitive senate races this November and will play a role in determining party control of the senate. The latest Marquette poll has Feingold with a seven point lead.