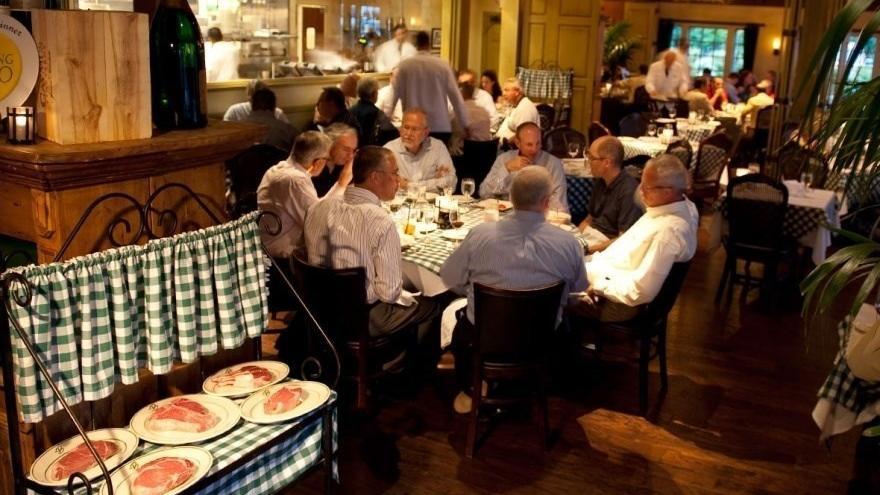 The Bartolotta Restaurant Group announced Wednesday that Joey Gerard’s Supper Club, located on Cedarburg Road in Mequon, will become the second location of the signature Mr. B’s, A Bartolotta Steakhouse. Joey Gerard’s Mequon will remain open until renovations begin in August, with the anticipated new Mr. B’s opening in September, 2017.  Joey Gerard’s, Greendale will remain unaffected by this change and will continue to deliver the great supper club experience that guests have come to expect.

“Feedback from our guests prompted our decision,” said Joe Bartolotta, President and Co-Owner of the Bartolotta Restaurant Group. “We have been asked for years when we would open a second Mr. B’s restaurant, and decided that Mequon was the perfect location. Listening to the feedback from our guests, we realized they were gravitating toward our steakhouse offerings. This brought us to the conclusion that Mr. B’s would be a better fit for the marketplace and our loyal guests.”

Mr. B’s, A Bartolotta Steakhouse, located in Brookfield continues to be one of Milwaukee’s most popular restaurants since opening in 1999. In 2016 it was recognized by The Daily Meal as one of the top 50 steakhouses in the United States. Amber Dorszynski, the Executive Chef at Joey Gerard’s Mequon, will continue to lead the culinary team, drawing from her previous experience working at Mr. B’s, A Bartolotta Steakhouse, in Brookfield. She will work closely with Bartolotta Restaurant Group’s Corporate Executive Chef, Adam Siegel.

Joe Bartolotta expressed his excitement for the project - “The restaurant will exhibit the same classic steakhouse atmosphere that we have had so much fun creating in Brookfield over the past 18 years. We look forward to bringing Mr. B’s to Mequon and being a part of the community for years to come.”