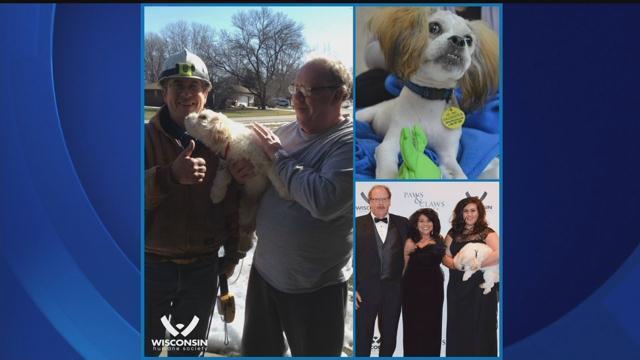 A blind and deaf dog is being credited with saving a local neighborhood from a gas leak.

His name is Job.

He was adopted four years ago from the Humane Society.

Last Saturday, Job was out for a walk with his owners in New Berlin when he became anxious.

Job's Family called We Energies and little Job led crews to an area where he began to bark.

Turns out there was an underground gas leak and crews said they were relived it was caught before anyone was hurt.

"We are immensely proud of our little alumnus and we're so grateful to have a community whose generous support makes miraculous stories like his possible!"