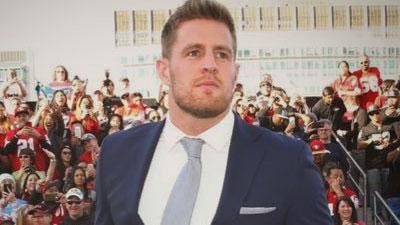 (CBS SPORTS) Despite undergoing back surgery a month and a half ago, J.J. Watt is expected to play in the Texans opening game of the season.

A week ago, Texans coach Bill O'Brien said that he could "definitely see" Watt playing in his team's season opener against the Bears. And, on Sunday, ESPN's Adam Schefter reported that Watt is indeed expected to play in that game.
A season ago, Watt overcame a broken hand, herniated disk, and five fully or partially torn core muscles to win his third Defensive Player of the Year award. He notched 17.5 sacks despite playing with one arm for a portion of the season. So no, an injured back probably won't slow him down.
Share this article: