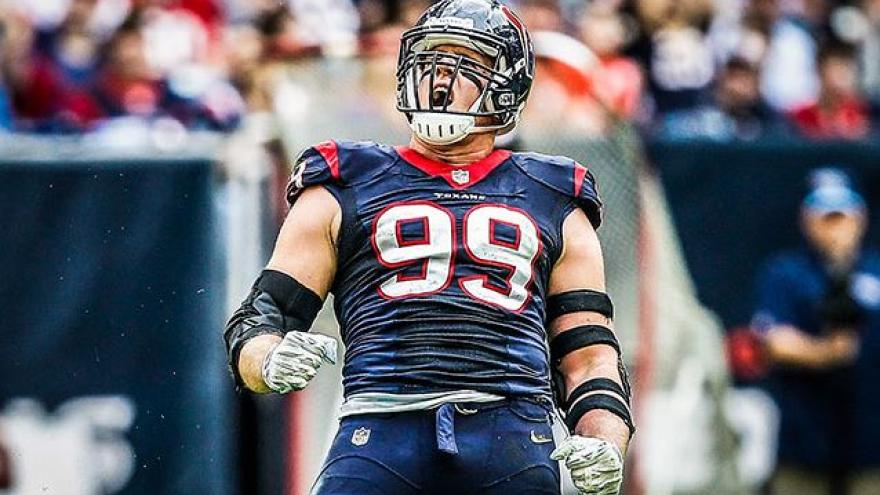 (CBS 58) -- Pewaukee native J.J. Watt is out indefinitely after a knee injury during the game against the Kansas City Chiefs.

It happened during the first drive of the game. He was taken away in an ambulance.

His injury is being reported as a tibial plateau fracture.

Watt tweeted he was devastated by the injury.

I can't sugarcoat it, I am devastated.
All I want to do is be out there on that field for my teammates and this city.
I'm sorry.

(AP) -- Houston star J.J. Watt injured his left knee in the first quarter of the Texans' home game against the Kansas City Chiefs.

The defensive end fell to the ground while being blocked midway through the quarter.

Watt remained on his hands and knees for a couple of minutes while trainers checked on him. They flipped him onto his back and were looking at his left leg. He was then helped to his feet and looked to be in a lot of pain and didn't appear to be able to put any weight on the leg as he was helped off the field by two Texans officials.

The three-time Defensive Player of the Year returned this season after missing the last 13 games of last season after his second back surgery.

He remained on the sideline under a tent for a few minutes before being taken to the locker room on a cart.