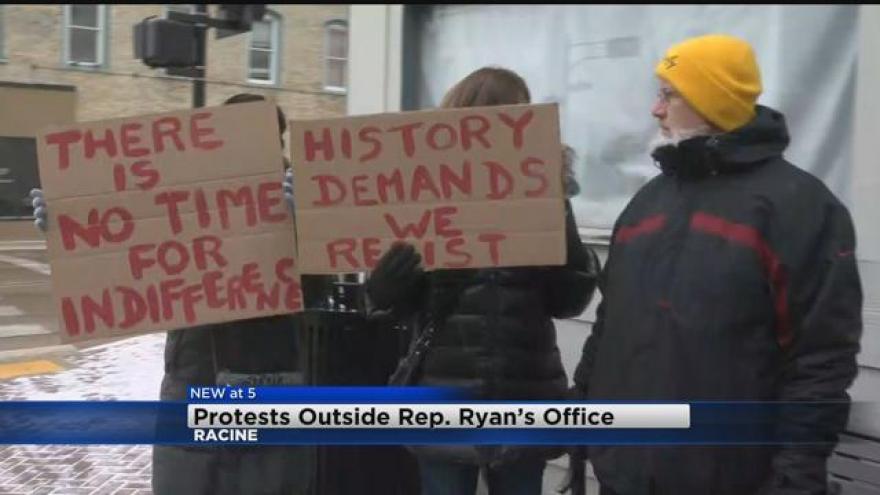 The peaceful protest was planned the day before by Milwaukee and Chicago chapters. They group's intention was to ask Speaker Paul Ryan to publicly denounce President Trump's recent executive order temporarily barring visas of refugees and immigrants of several "terror prone" countries that also have large Muslim populations.

Leaders feel the order is reminiscent of World War II, and say "multitides of European Jews were turned away from our country (and other nations around the world) during World War II. Many of those turned away eventually perished in the Holocaust."

"Mom was born in Germany. She's a German Jew. She and her parents came here in 1938. So, this feels familiar and really personal," said Lauren Fox, a member with Jewish Voice for Peace.

Those of Jewish faith came from Chicago and Milwaukee to hand deliver a message of solidarity, asking Ryan to be on the right side of history.

Only one person was allowed to deliver the letter. CBS 58 was the only station able to hear what happened inside.

Milwaukee organization leader Rachael Buff read the letter to Ryan's office staffers, and said they felt compelled to say something after the order. She says the group will be back each week until they get a response from Ryan.