Jersey Mike's Donating 100% of Sales to Local Charities on Wednesday 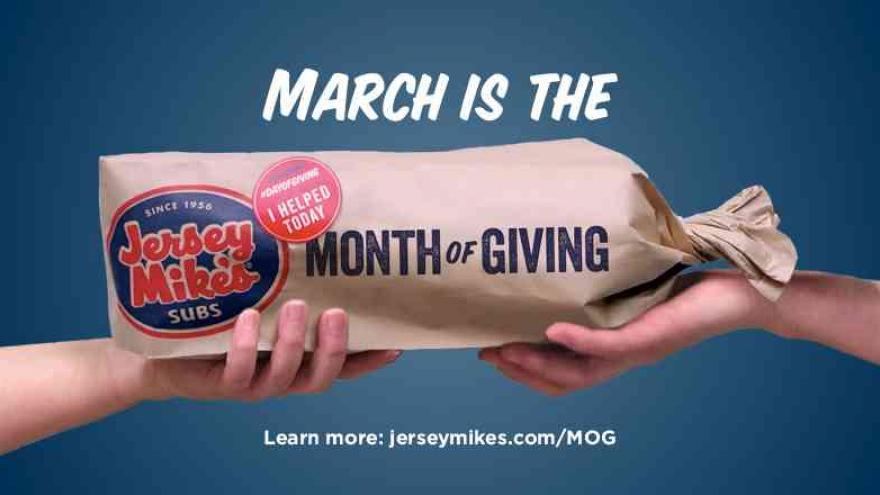 This Wednesday, eat a sub and help a charity! More than 1,200 Jersey Mike's Subs Restaurants nationwide will be donating 100 percent of sales to fund neighborhood needs.

According to a press release, Day of Giving is the culmination of Jersey Mike's 7th Annual Month of Giving fundraising campaign in March. The campaign supports nearly 150 local charities across the nation. Partners include schools, hospitals, youth organizations, food banks, and more.

Last year's Month of Giving raised more than $4 million for local charities nationwide and the company hopes to top that this year.

Proceeds from all sales including subs, chips, drinks and catering orders go to the charities this Wednesday.