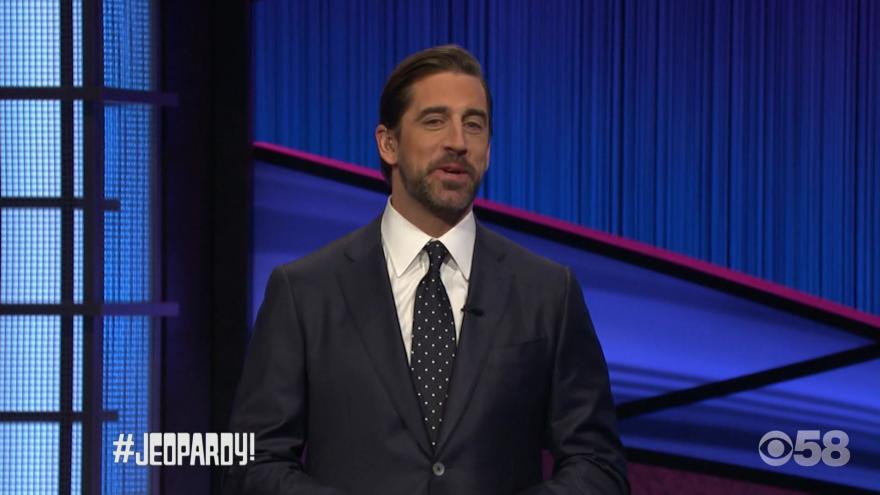 Some are saying he's so far the best guest host behind the lectern, even better than Jeopardy! champion Ken Jennings.

Viewers say his calm demeanor is similar to that of the late, great Alex Trebek.

He's hitting it off with contestants during the interview segment.

Rodgers: "It says here that you hitchhiked from Toronto to California at 16 years old?"

Drew Fox, Jepardy Contestant: "Fifteen actually... yeah all the way from Toronto to Minneapolis, and then down from Oklahoma City and across to LA and up to San Francisco, where I spent about six months sleeping in Golden Gate Park."

Rodgers: "Wow, did you keep in touch with anybody who gave you rides?"

You can catch Rodgers run as guest host weeknights at 6 p.m. right here on CBS 58.