January ends as 28th snowiest and 66th coldest in Milwaukee 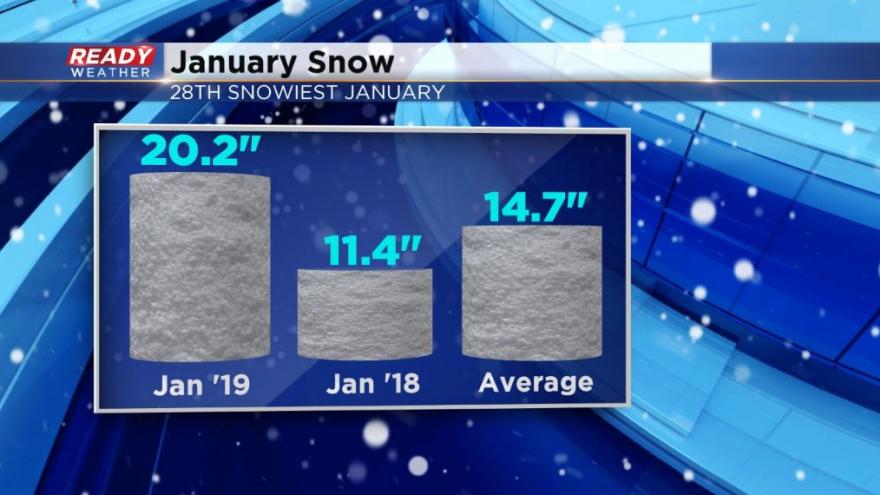 Overall, January was just slightly colder than average and when compared against the rest of the records it goes down as the 66th coldest on record. The last week of brutal cold from January 25 to the 31 is the second coldest on record for those last seven days of the month. 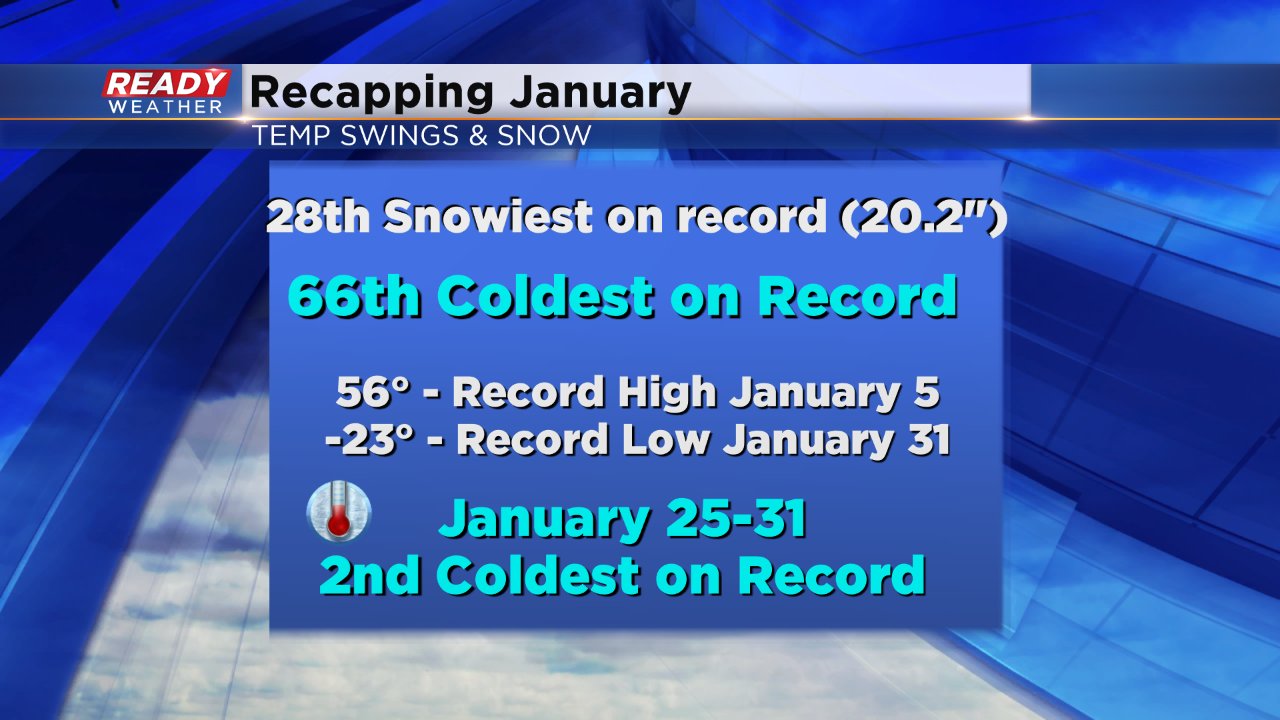 It was a tale of two months too when talking about snow. Just before the middle of the month, January was tied for the least snowiest on record. But the last two weeks made up for the slow start and January, 2019 ended as the 28th snowiest on record with 20.2" of snow. No daily snowfall records were broken but the 20+ inches of snow is nearly double last year's amount and well above-average. 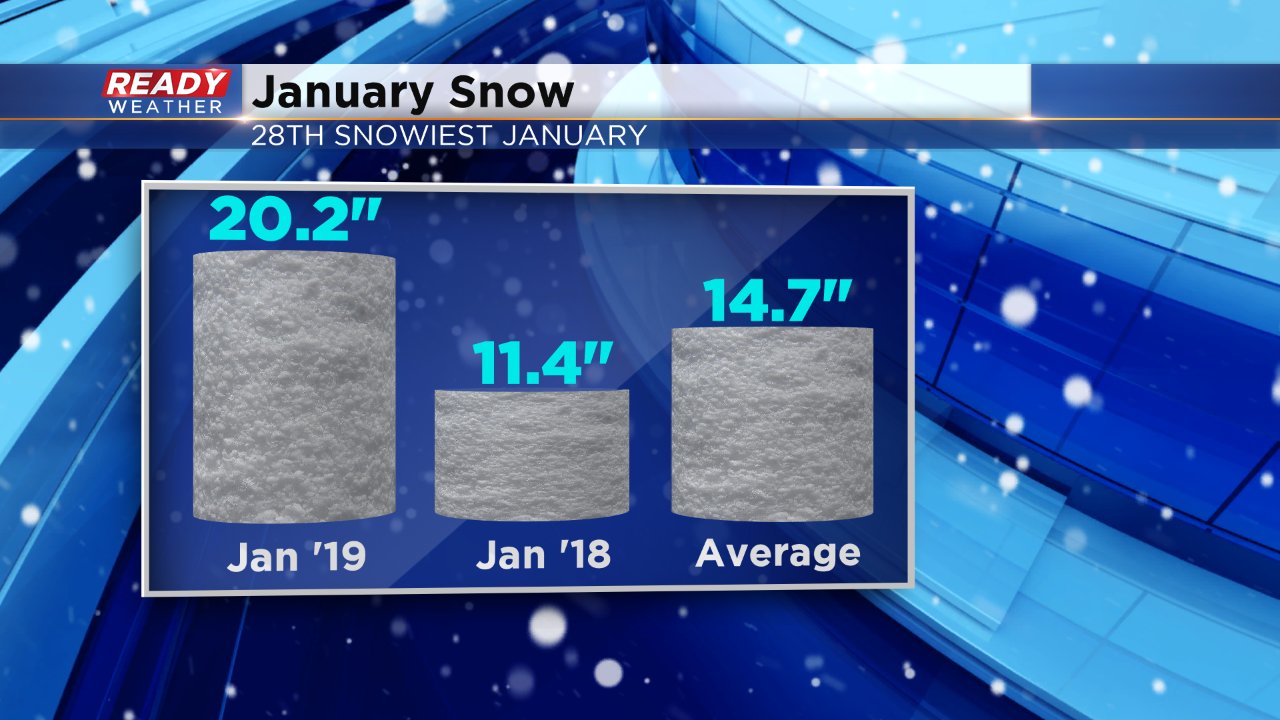 February is the last month of meteorological winter, which is actually below-average by 3.6" on snowfall thanks to a very dry December. In February Milwaukee averages 9.8" of snow. It's also the month when we see our temperatures swing back into the warmer direction. For all of January the average high stays at 29° but starting February 1 it's 30° on the dot and by February 28 the average high rises to 37°. We also pick up an hour and 13 minutes of daylight throughout the month. 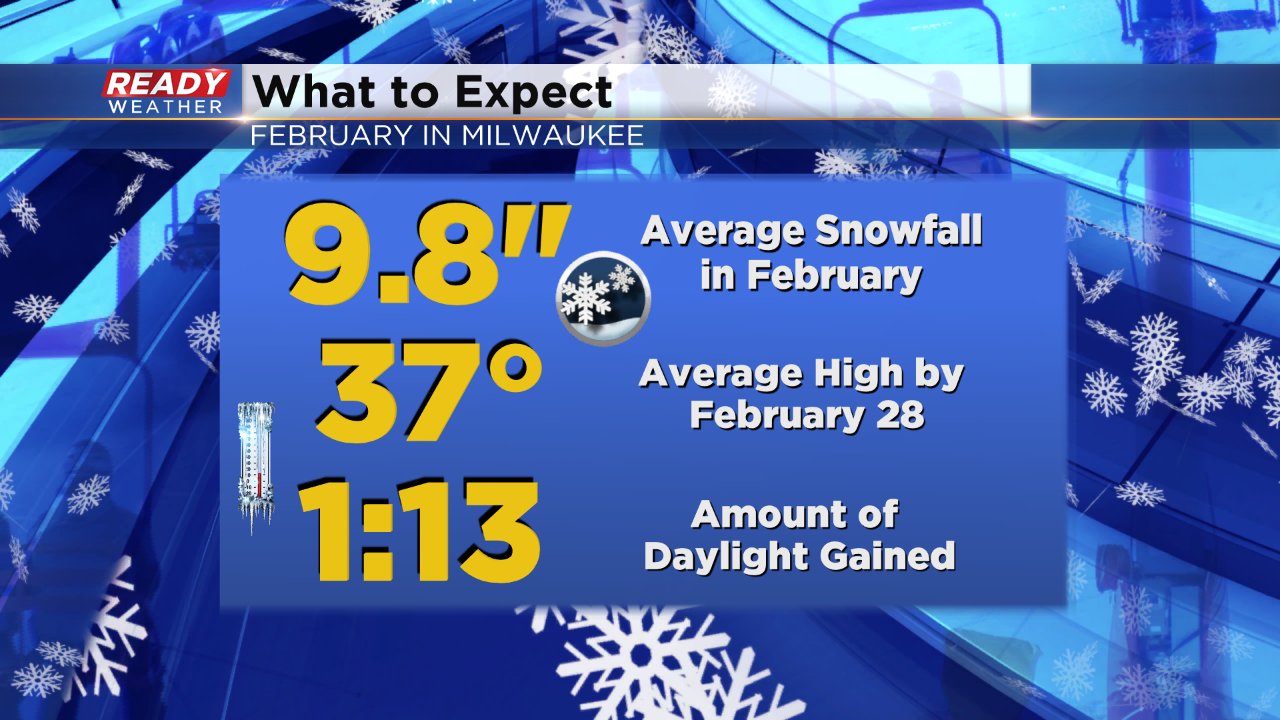 There's a little bit of everything in the current Ready Weather 10-day. Fog, mist and light rain along with mild temps will rule the weather story the next few days before a chance for snow returns midweek followed by another blast of cold air. Download the CBS 58 Ready Weather app to see the latest forecast.